I went to the British Library today. Quite the place. 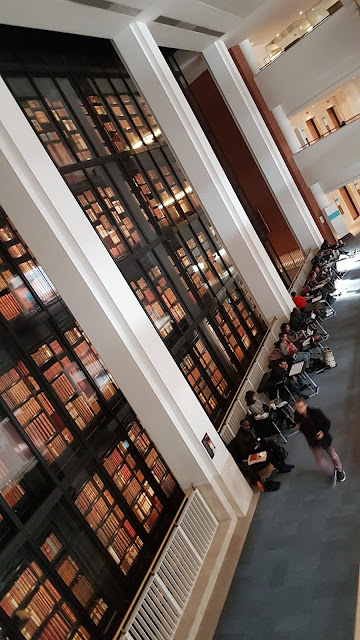 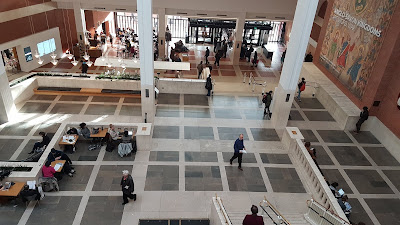 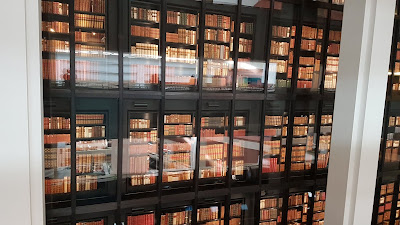 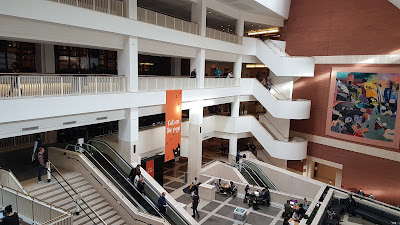 I visited an exhibit of old/very old manuscripts. There were bits of drawings/lyrics/hand written notes from the Beatles, Shakespeare, etc.

There was one section of sacred books of all the world religions.

One partial manuscript was from the a Third Century Gospel of St. John. You can't take pictures in this exhibit, so I transcribed what was written about the fragments here:


"All that survives of an early manuscript of the Gospel of John. They were found among the rubbish of the ancient city of Oxyrhynchus in Egypt at the turn of the 20th century. Left hand page relates to the Baptism of Christ, the calling of the disciples Andrew and Peter, Christ's appearance to Mary Magdalen after his death. The right hand fragment preserves Christ's words at the last supper."

And from the link of the Library:


"These two papyrus fragments are from a 3rd-century papyrus codex containing the Gospel of John. They were found at Oxyrhynchus in Egypt at the turn of the 20th century.

Based on these fragments, the original codex probably contained 25 bifolia (sheets) and measured 250 x 125 mm, or a little larger than a modern paperback book. 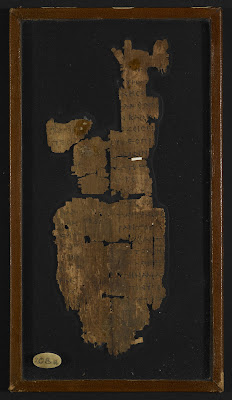 Posted by Patricia Maloney at 9:41 AM