St. Augustine Zhao Rong and Companions. Martyrs.
Posted by Patricia Maloney at 8:39 AM No comments:

The crack lets the light in

Are Edmund Burke's "little platoons" -- family, faith, community -- on the way out? Pennings argues that just the opposite is happening.


"...Philosopher James K.A. Smith infers from this historical aberration the emergence of what he calls “cracks in the secular” — fissures or fault lines where the kind of totalizing secularism required for “exclusive humanism” becomes socially unsustainable. “What if an increasingly aggressive secularism (coming especially from secular ‘elites’) is itself a defensive measure, a kind of last gasp of a worldview that feels frustrated and even threatened?” Smith asks in a recent issue of Comment magazine, which he edits for Cardus.

“What if secularism is loudest precisely because it is a final cry before it is unveiled as implausible and unsustainable? What if secularism has its doubts and is just trying to cover it up by pursuing its agenda all the more aggressively lest (secularist elites) have to consider the alternative?”

As a distinguished academic, Smith posits rather than proclaims. And of course it is possible to read our present age differently from the direction he and Taylor seem to see it heading. But there is outside evidence to support the appearance of cracks in the secular. Supreme Court of Canada decisions in 2015 on religious freedom — Loyola and Saguenay — reset the relationship between the state and religious institutions. It did so by affirming that the state’s “neutrality” requires a fostering of religious diversity, not its extinguishment.

Such affirmation can rightly be seen as positively contributing to a healthier understanding of a more robust sense of religious freedom. Its logical implication is that in our evolving post-secular society, exclusive secularism is finally being seen for what it is: a worldview that is making as absolute a truth claim as any other and therefore does not deserve a place of privilege in a public square protected by the “neutral” state. Continuing down this trajectory allows us to imagine a more open, healthier debate in the public square regarding the balance of freedom and order..."

Pennings ends with this:


"So, farewell to Burke’s little platoons? And to the social conservatism that gives them life? I argue quite the opposite. Look for them to make a comeback in our emerging post-secular society."

Posted by Patricia Maloney at 8:23 AM No comments: 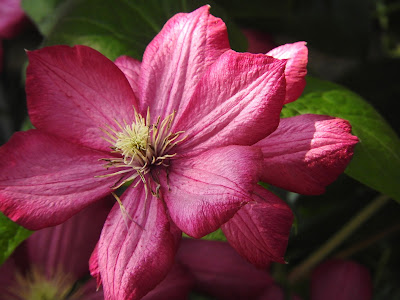 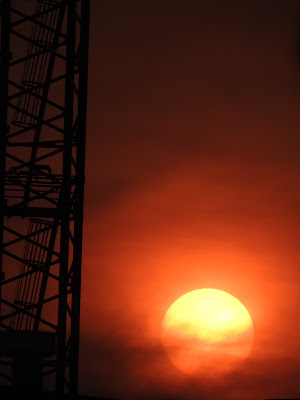 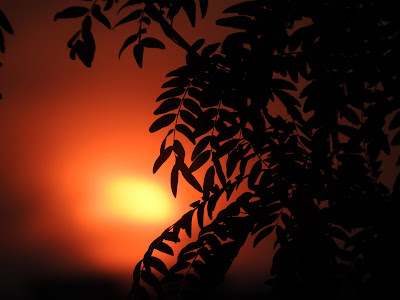 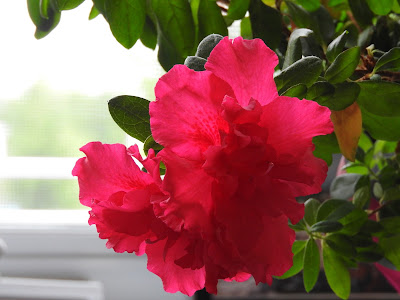 Posted by Patricia Maloney at 6:42 PM No comments:

Whatshisname gets his just desserts 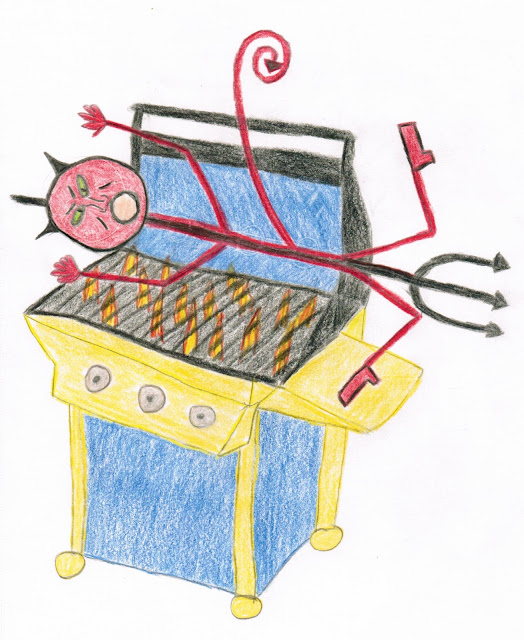 DISCLAIMER - The depiction of the the device commonly known as a BBQ is by no means intended as a put down to the importance of this appliance in its usual application used for cooking sustenance. Instead its use in the above depiction, is to identify an alternate method of enjoying the idea of imagining the disposal of the evil creature known by numerous names such as the Father of Lies, Beelzebub, Lucifer, King of Hell, Prince of Darkness, the Evil Spirit, etc. It is the express intention of the artist that every method of making fun of, or laughing at, or generally causing extended periods of uproarious laughter against this creature be used frequently to ensure his continued and assured marginalization in his influence on good and worthy creatures. Henceforth the author wishes to refer to this abominable creature as Spit Guy OR take-your-pitchfork-and-shove-it-up-your ___.
Posted by Patricia Maloney at 7:03 PM No comments:

The humility to listen

Good homily by Deacon Will Read


Deacon Will ended his homily with this beautiful prayer:

"Dear Lord we ask that as we continue our journey out into the world, you send us our holy mother, Mary, to watch over us... to guide us: that we have the patience to hear the voice of God in others, even the least among us whose opinions might seem unimportant; that we have the strength to go beyond someone’s emotional display, ... their anger, to hear that little voice of pain that has something important to say; and that we have the humility to allow ourselves to be loved by someone who is offering their help, especially in our times of need. Lord we also ask that you open our minds and hearts, so that we may embrace your Holy Word, always. We ask this through Christ our Lord.  Amen."

Posted by Patricia Maloney at 1:53 PM No comments: