Our trip to Ireland (God in Ireland)

This video is a small representation of the churches, cathedrals and grotto's in Ireland.
The pictures were taken in Ennis and Kilfenora, where both places have churches from the 11th century.
Notice in the video, the painting of the Annunciation of Our Blessed Mother Mary. This painting is on loan to the Ennis Cathedral and was painted by Adam Pomeroy.
When I saw the painting, I was transfixed by the artist's depiction of this event. An event that is so pivotal to Christianity and especially to Catholics.
(Thanks once again to Maureen for putting this together.)
Posted by Patricia Maloney at 12:13 PM No comments:

Who shall I trust?

Trust in the Lord with all your heart and lean not on your own understanding. In all your ways acknowledge Him and He will direct your paths. 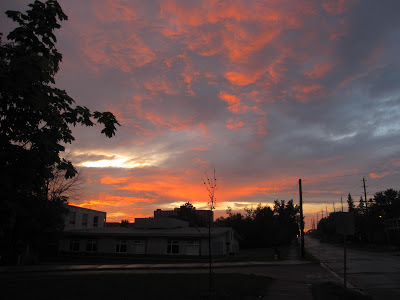 Posted by Patricia Maloney at 3:51 PM No comments:

Email ThisBlogThis!Share to TwitterShare to FacebookShare to Pinterest
Labels: Proverbs 3:5-6, trust in God

Our trip to Ireland (fences)

There's very little I can say about the video below. It speaks for itself. It is a compilation of some of my fence pictures from Lahinch, Kilfenora and the Burren. Mostly stone fences.

There is also a picture of a fairy tree in one of the pictures. According to Irish folklore, it was bad luck to take these trees down, so they are frequently seen in the middle of grazing fields.

I was rather surprised with the lack of trees I saw in Ireland. I never received a clear answer as to why there seem to be so few of them, at least in West Clare where we were. One of the musicians at the Fleadh Nua in Ennis said that the EU wanted the Irish to plant more trees, and he didn't seem too happy about that. Most of the land does seem to be used for grazing of farm animals and he said something to that effect as the reason.

http://www.youtube.com/watch?v=-4I6JPuTXbs
Posted by Patricia Maloney at 3:13 PM No comments: