Yesterday we went to Corofin to the Clare Heritage & Genealogy Centre. My distant cousin Michael Maloney had hired them four years ago to find the three Maloney brothers (John, Michael and Patrick) who came from Ireland before or during the potato famine. Our file was actually begun 25 years ago by Eileen Maloney, another relative (daughter of Bill and Clara Maloney who complied our existing family tree). We didn't have any luck, as the woman Michael was dealing with was on holiday. They are supposed to get back to me with results, hopefully before we return to Canada next week.

There isn't much in Corofin and we did manage to check out the entire village. As luck would have it Mass was being said about ten minutes after we arrived (the church was easy to find like it is in all the villages here). Like all the priests who have said Mass in Ireland, this one was very expressive as he said the Mass. As if he really meant all the words he was saying. Before Mass he prayed for all expectant mothers and their unborn children (it was the Feast of the Presentation of Mary). 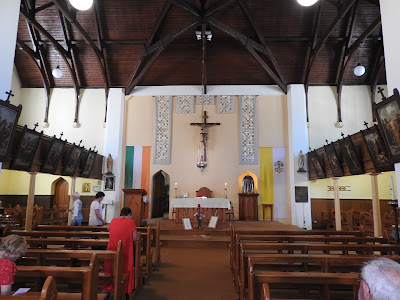 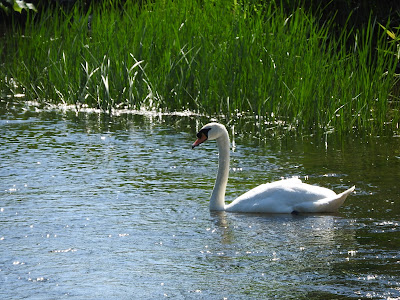 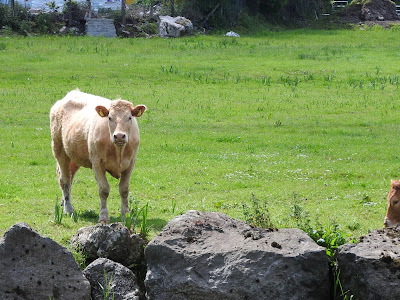 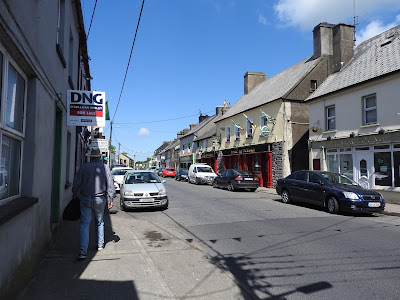 Testament to the potato famine in the restaurant where we had lunch. 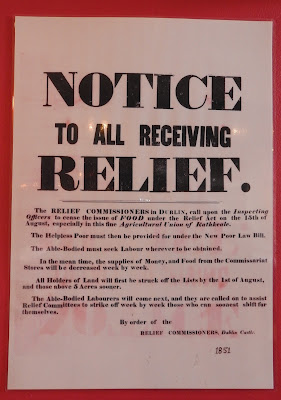 No potato famine now as you can see from Fred's lunch. Clearly the Irish are making up for lost time as far as potatoes are concerned. Just in case. 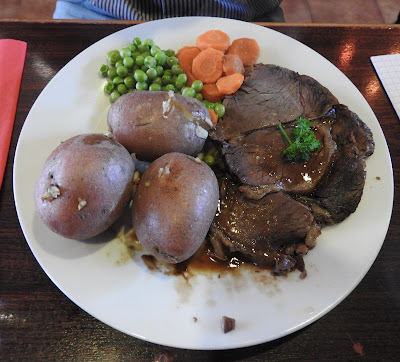 Where we had lunch. 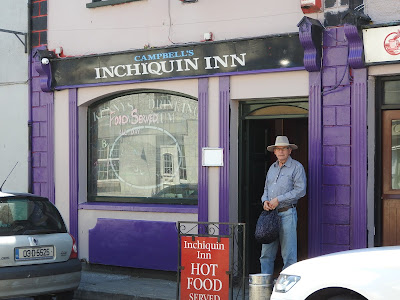 Many villages have grottos. You see them everywhere. 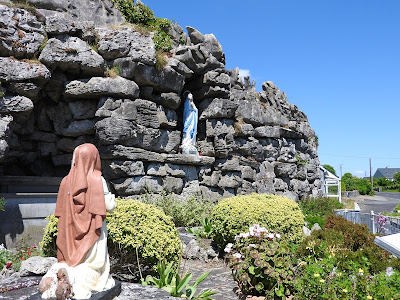 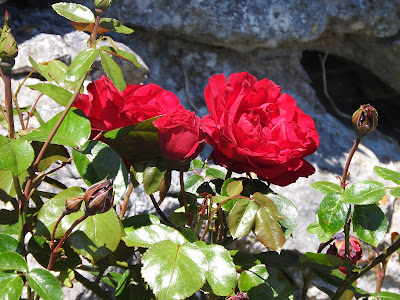 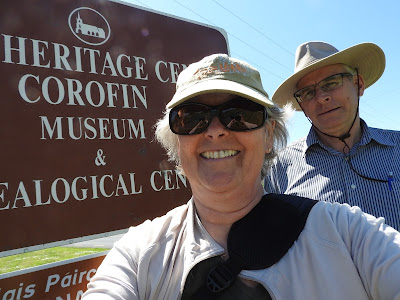 Vegetation seems to grow wherever there is stone. 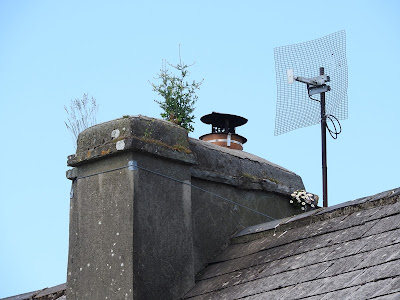 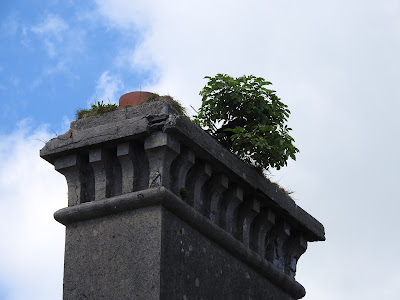 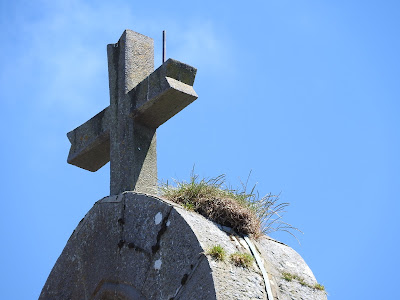 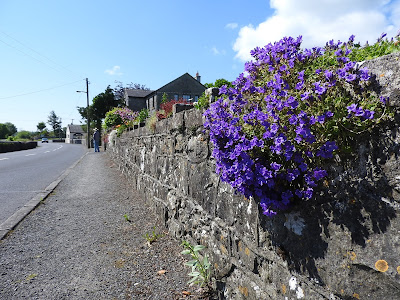 Posted by Patricia Maloney at 1:35 AM