Happy Birthday to me

Today we went for high tea at the James Bay Tea Room.

We wanted to go for high tea since we have never done this before and being in Victoria and all, it is the thing to do.

The Empress Hotel also has high tea but it costs $75/a head. That's a lot of money for tea and crumpets. I know high tea has a lot more than tea and crumpets, but did we really need to spend that much money? Nope.

We were very pleased with the James Bay Tea Room, and the service was excellent.

I had tea and Fred had coffee.

My tea was in a real tea pot with a cozy on it. And you know what? The tea was actually hot. It seems that something as simple as boiling water is difficult for many restaurants and coffee places. I don't know why it's difficult. All they have to do is put the water in a kettle. Plug it in. Wait until bubbles appear and like magic the water is hot. Simple.

So. The tea was hot. And the goodies were amazing.

First there were two croissants with egg salad, two homemade cheese scones with smoked salmon, and two tiny quiches. The egg salad and croissant was exceptional. Didn't taste like the egg salad I make. And the cheese scones were light flavourful and fresh, with a good slab of salmon, my of my it was good.

Then there was the scones with clotted cream and jam. I didn't have these but had a bite of Fred's. (I did bring what we didn't eat home though). I've always wondered what clotted cream was. Fred said to me well maybe it's like the unpasteurized warm milk you used to get on the farm that was warm and straight from the cow and used to make you gag? I said no I don't think so.

Turns out it is sort of like thick whipped cream that isn't too sweet but probably has a ton of calories.

The scone again was excellent.

And the dessert was little baby carrot cakes with cream cheese icing and little custard tarts. And the best? Sticky toffee pudding cake. Oh. My. Goodness. It was to die for. Maybe even better than chocolate. I can't believe I just said that.

We did walk around for about 45 minutes after lunch, I mean tea. Which was a good thing. So many carbs. So little time.

And all of this (tax and tip included) for less than half of what it wold have cost us for the two of us at the Emperor Hotel for high tea.

I don't know but I think Ottawa should do high tea. Very civilized. 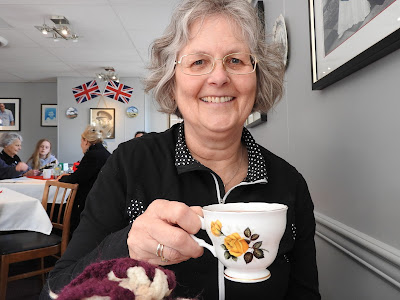 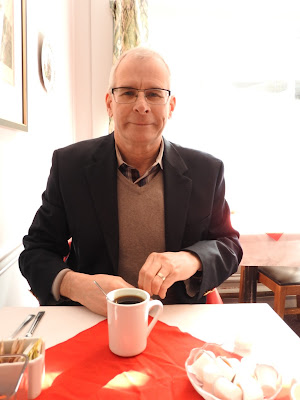 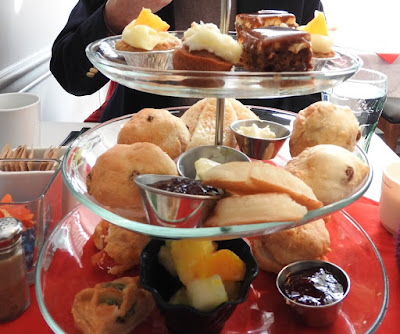 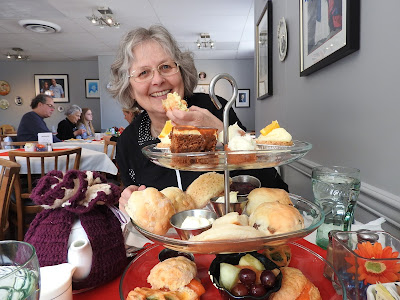 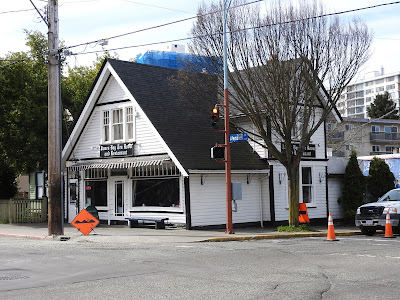 Posted by Patricia Maloney at 7:52 PM