This is an amazing book. 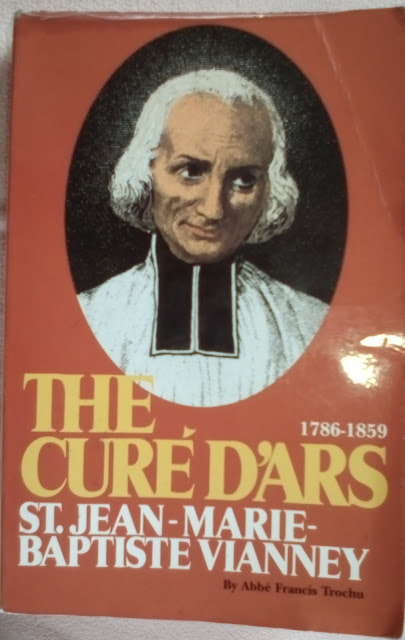 It was written in 1927, so the language is dated. It was probably also also translated from French. But this saint was amazing, and the book is worth the read. St. Jean Vianney is the patron saint of parish priests.

Jean Vianney could read souls. He was tormented by the devil. He was well known for his time spent in the confessional. He barely ate and he barely slept. He was a very holy man.

Below is the story of one women who went to Ars. Vianney had never her before. The woman was traveling with another priest who was making a pilgrimage to Ars (people did this all the time). 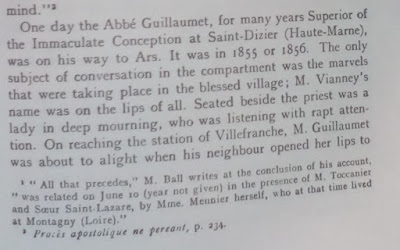 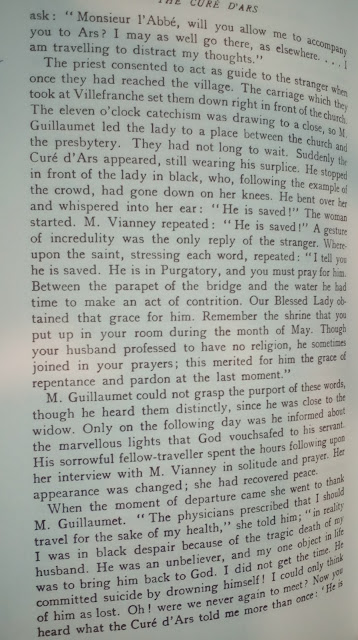 The last word on the above page, that appears on the following page, is "saved".
Posted by Patricia Maloney at 12:04 PM