Yesterday Maureen Jimmy and I went in search of the potato famine workhouse that we knew was near Ennistymon.

The walk between Lahinch and Ennistymon is about 4 km, but it took us almost two hours to walk it, which isn't surprising since there were MANY stops for pictures.

Once we got to the spot where we knew the workhouse was, we stopped three different people to ask them if they knew its exact location. None of them knew. Which we thought was surprising since the famine was such a big part of Irish history.

We did finally locate an outbuilding which we recognized from the Internet as being the chapel of the workhouse. But there were no markings at the site itself. There is also a hospital erected at the site now. On the main road there was a plaque and commemoration and a little map of approximate locations of the workhouse and graveyard.

I couldn't help but imagine that if it had been some other nationality that experienced what the Irish did during the potato famine, especially when one reads about how the Irish were treated abysmally by the British at the time, that there wouldn't be a huge restoration and museum at the site of the workhouse. But not the Irish. The building is falling apart with weeds, and a construction site is next door. I am even wondering if the buildings left itself will be completely demolished at some point.

Read this by Christine Kinealy for more information on Cecil Woodham-Smith book The Great Hunger (a fabulous  historical book on the famine.)


Plaque on the road across from the site 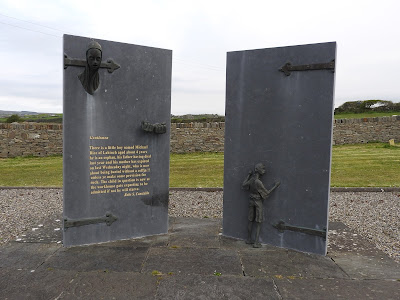 Map of the site on the road across from the site 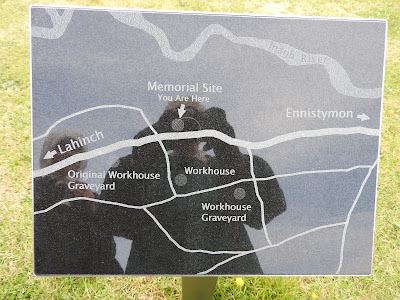 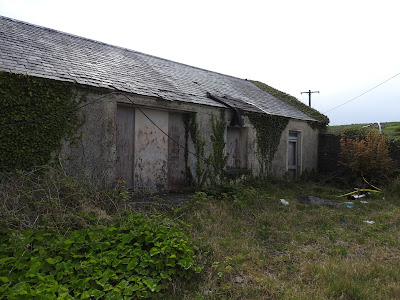 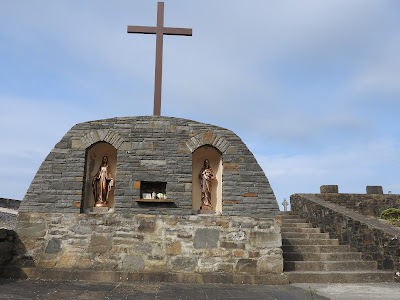 Posted by Patricia Maloney at 4:03 AM