I spent my birthday at Cathedral Grove in BC in MacMillan Provincial Park. What an amazing place.

It rained the entire day, and the paths were wet, in some places you were forced to walk through an inch or so of water. But it was worth it.

It's difficult to appreciate the sizes of these trees. Some of them are 800 years old which is hard to even comprehend. There are Douglas Fir (largest and oldest), Western Red Cedar, Western Hemlock, Grand Fir or Balsam Fir and others.

Johanna who has visited the forest before, found this experience entirely different than the last time when it was sunny. She said it was like being in a cathedral because it was so silent and the trees soar, giving a feeling of being in church. The stillness and the silence.

I can't say I had the same feeling this time, but I can't quite put my finger on how I did feel. With the rain falling straight down, in a constant spray on everything; with the smells of the earth, the trees, the moss; with the soft sound of the rain as it falls, you just feel so small and inconsequential. Like you are a speck amidst eternity. 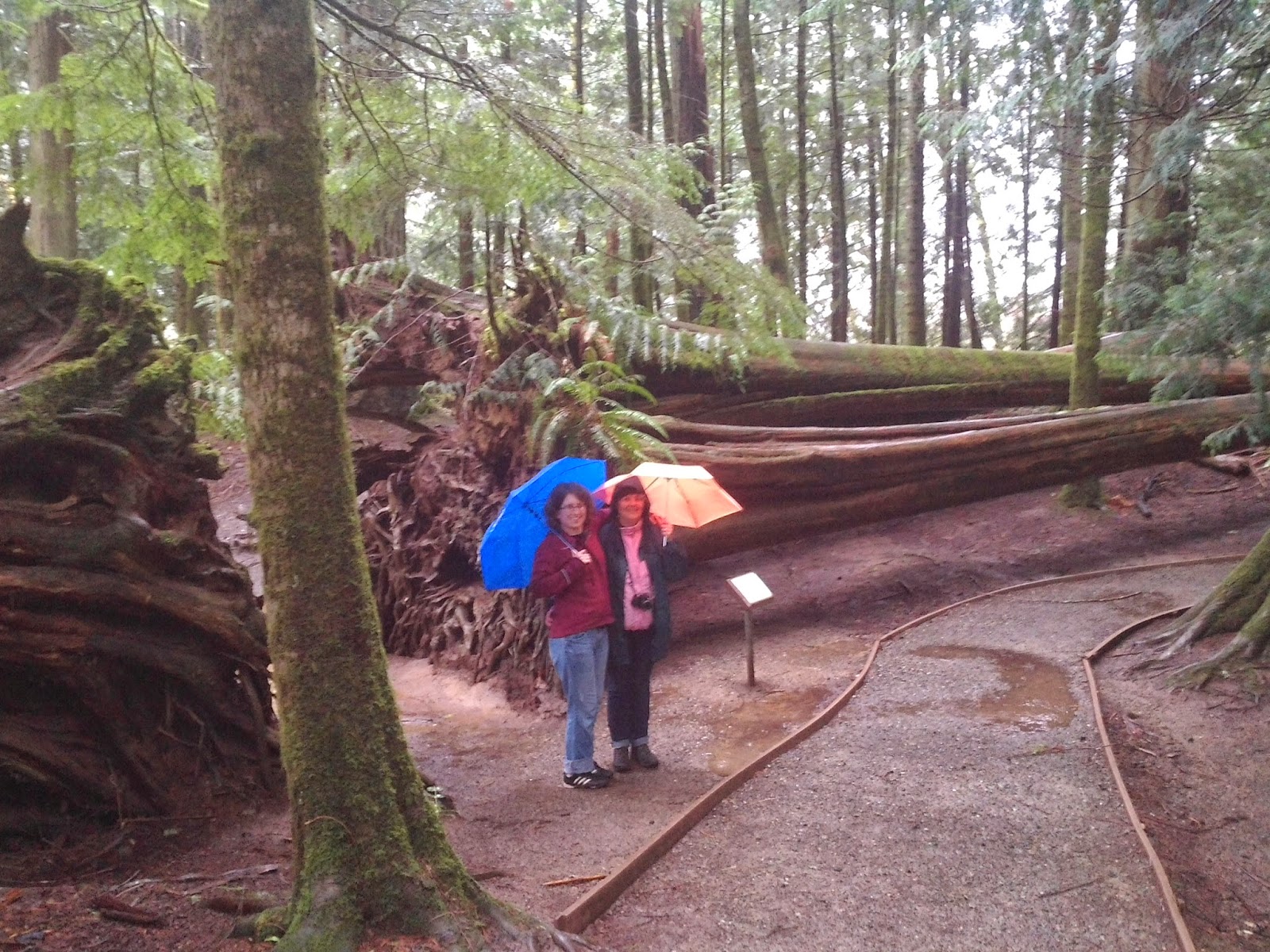 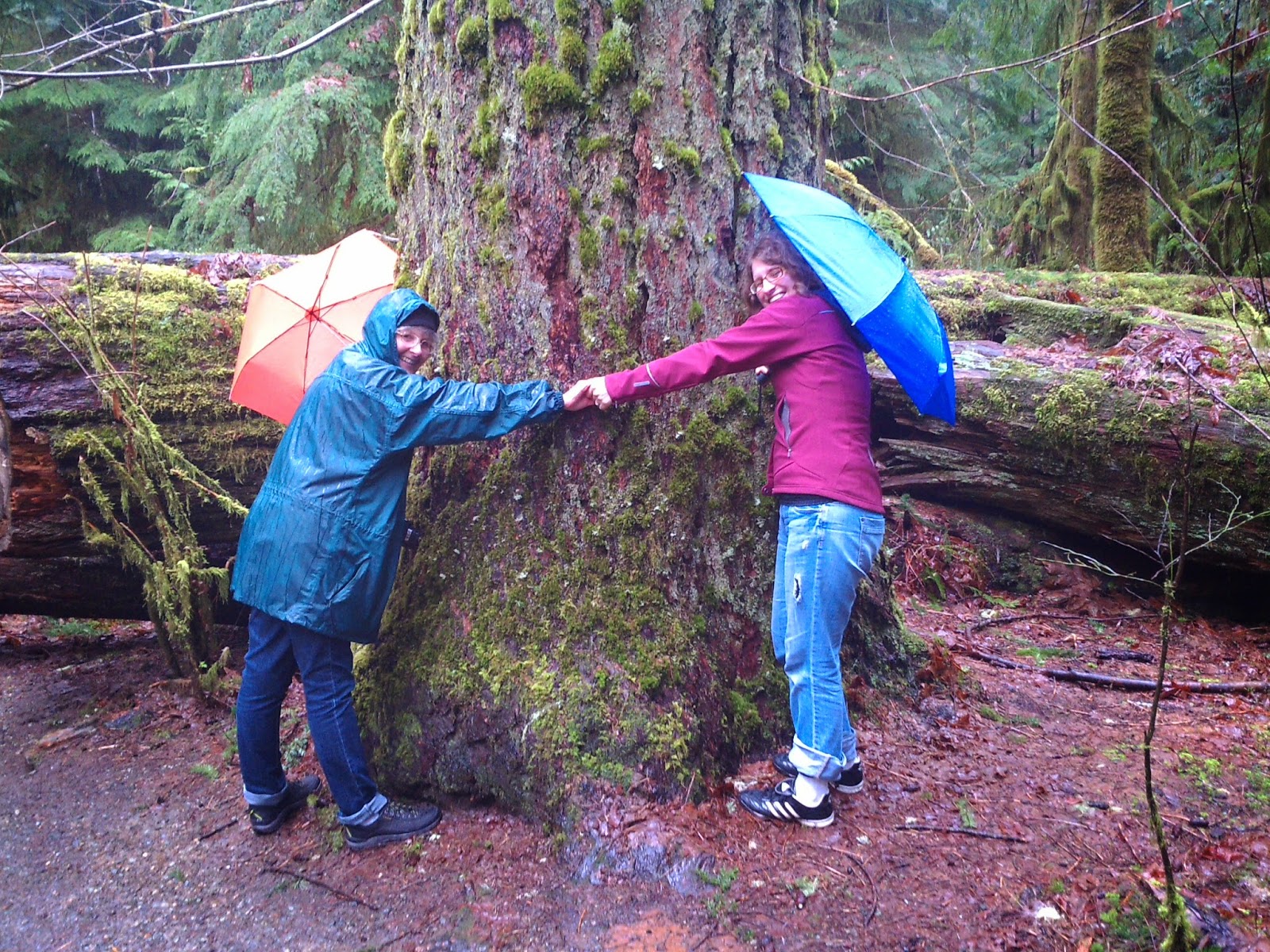 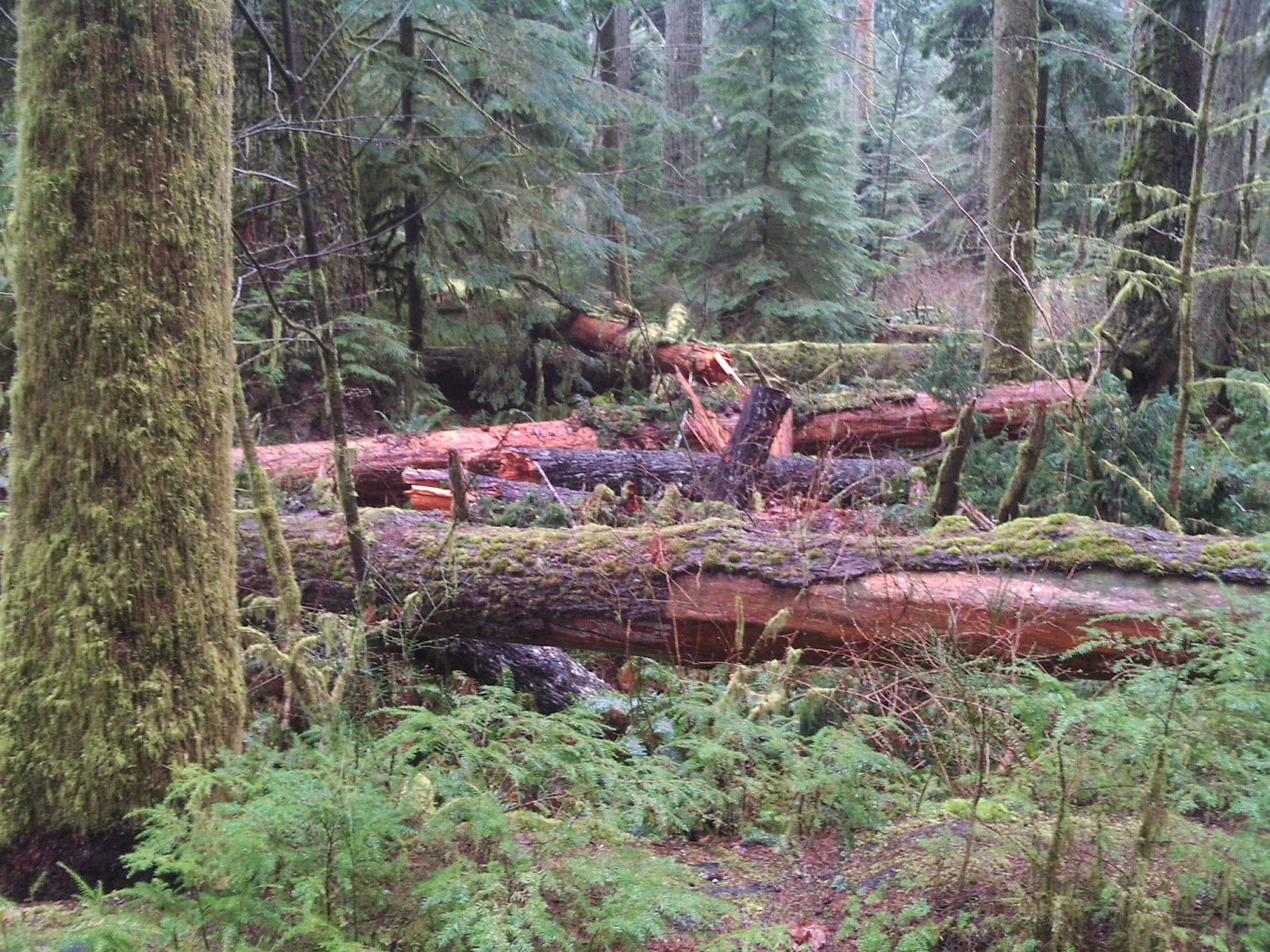 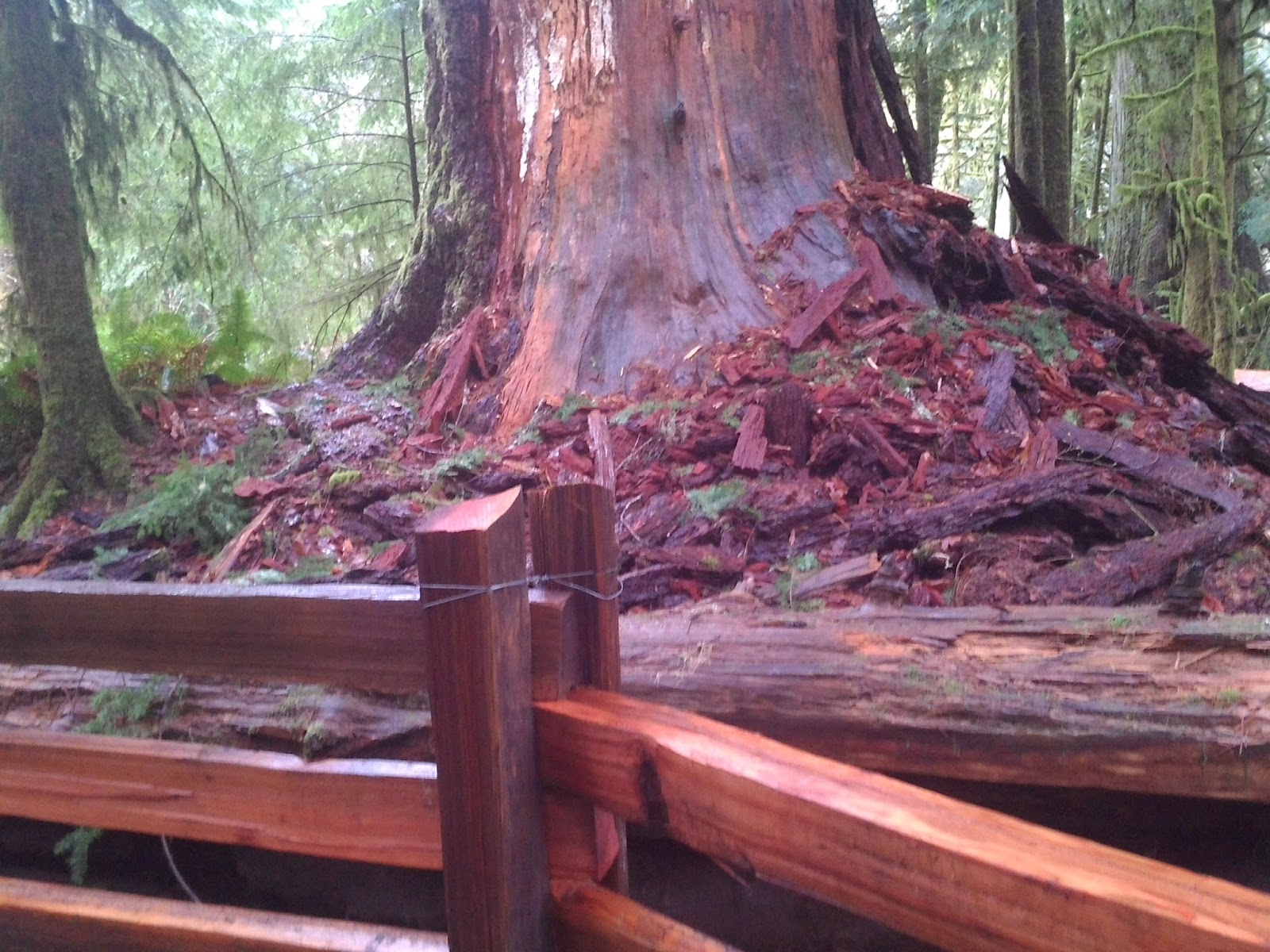 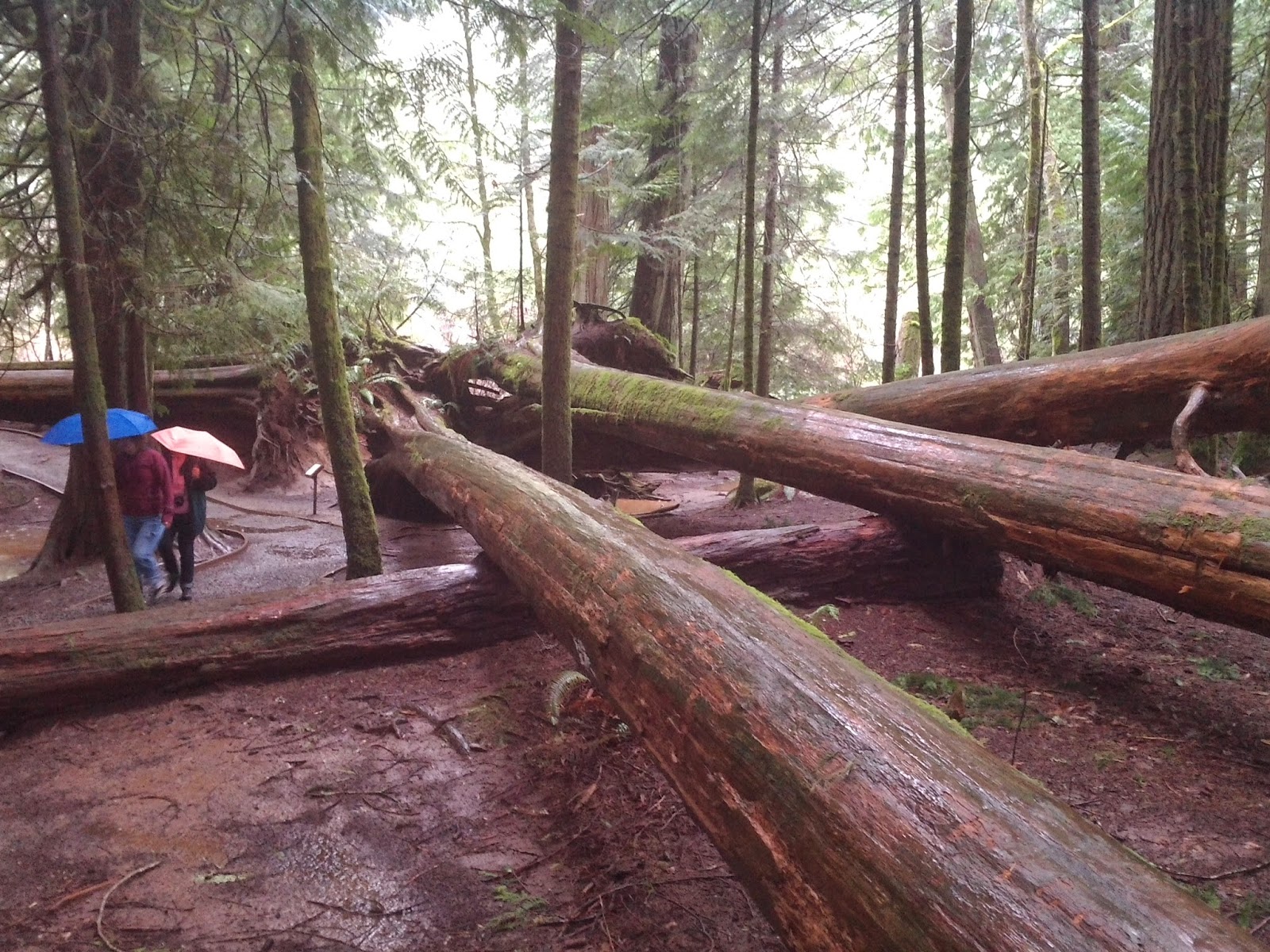 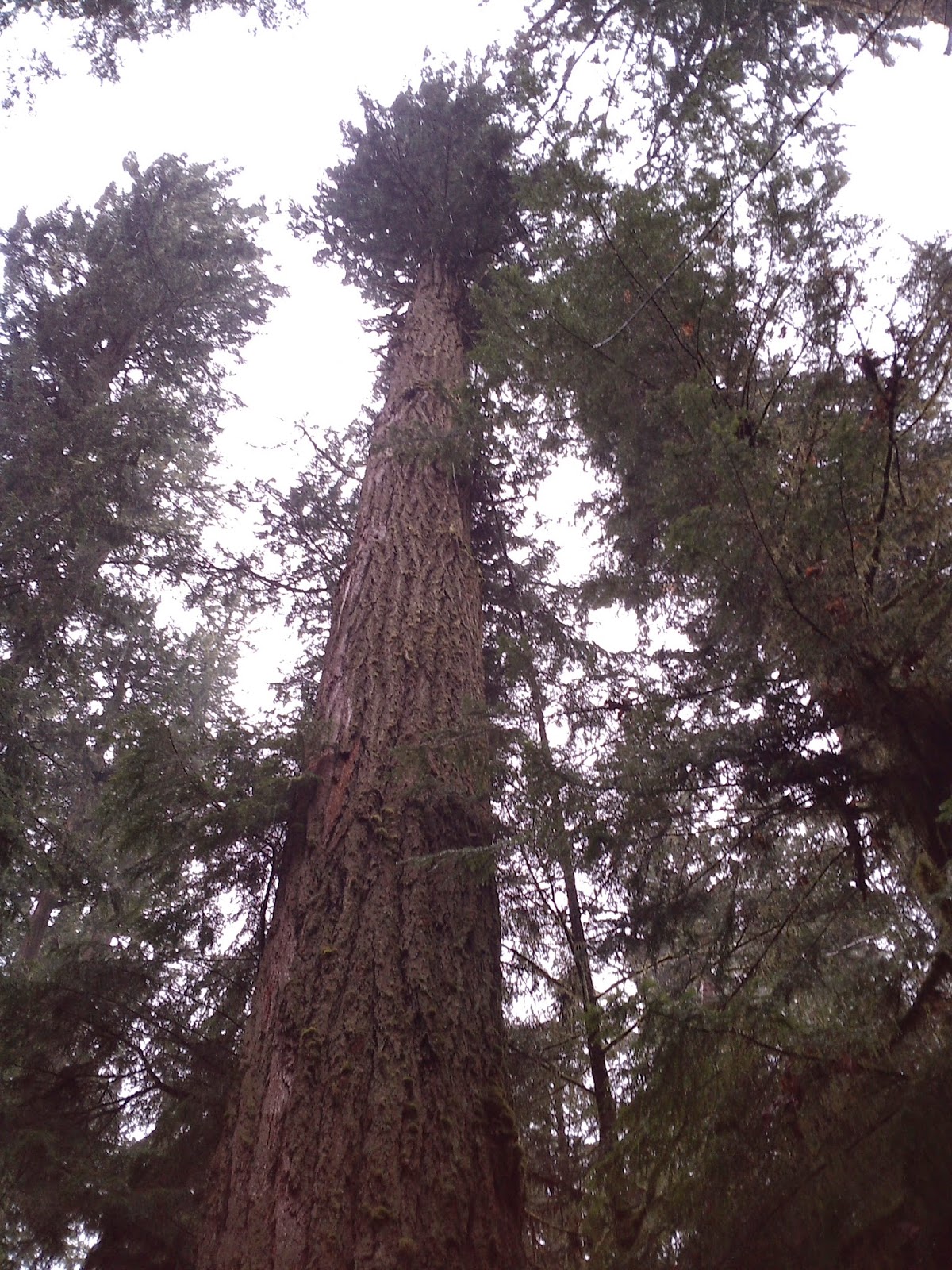 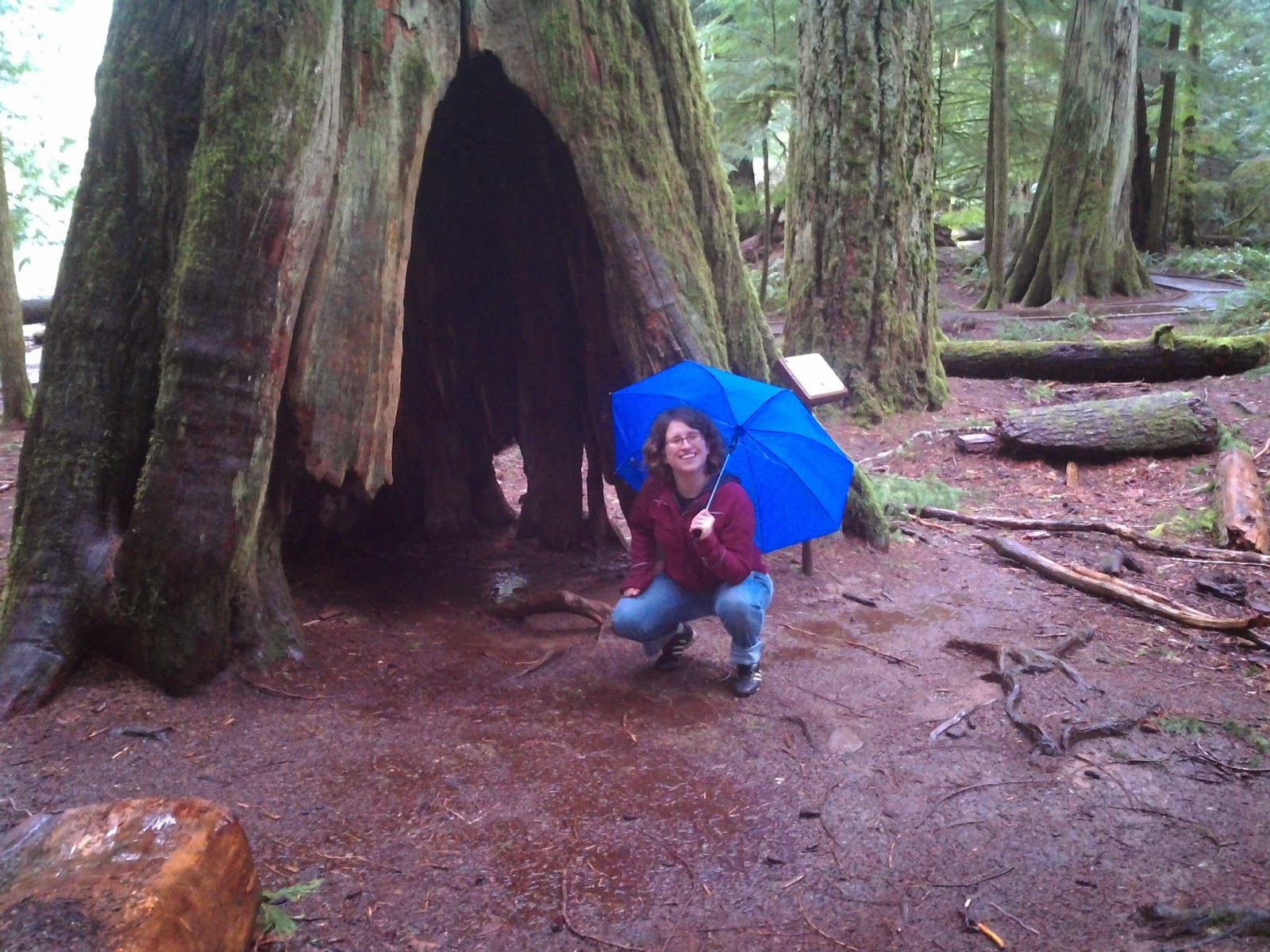 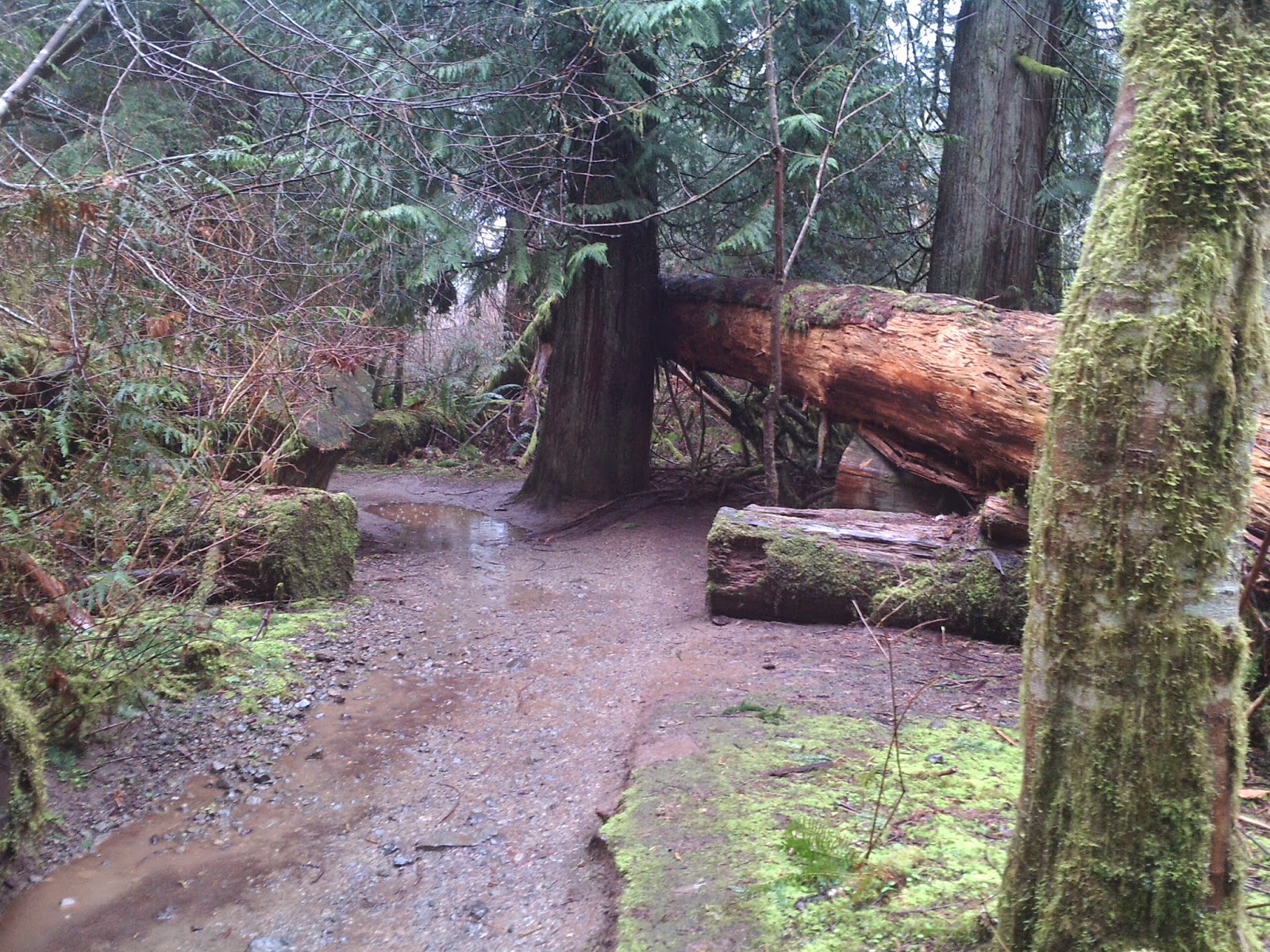 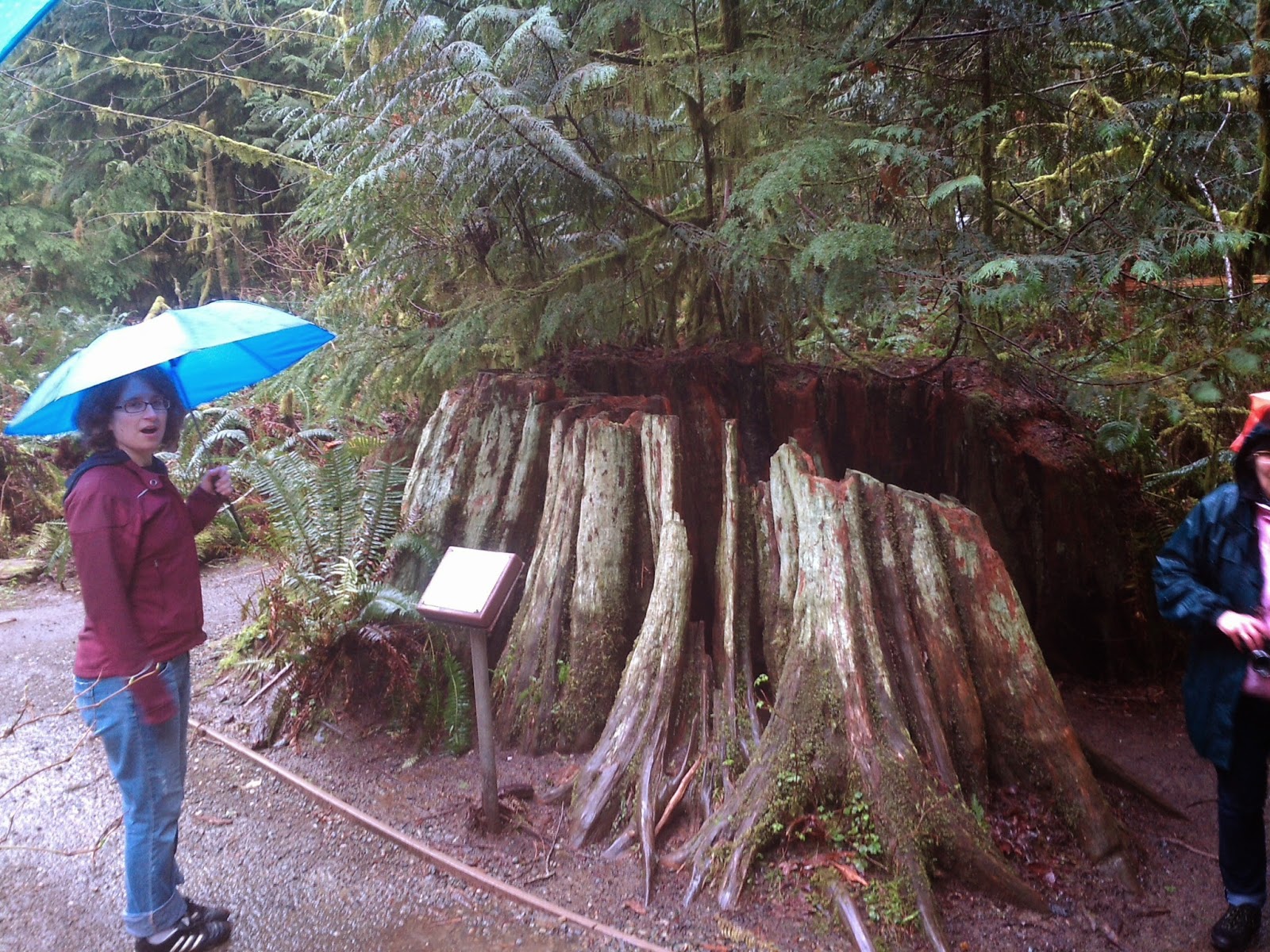 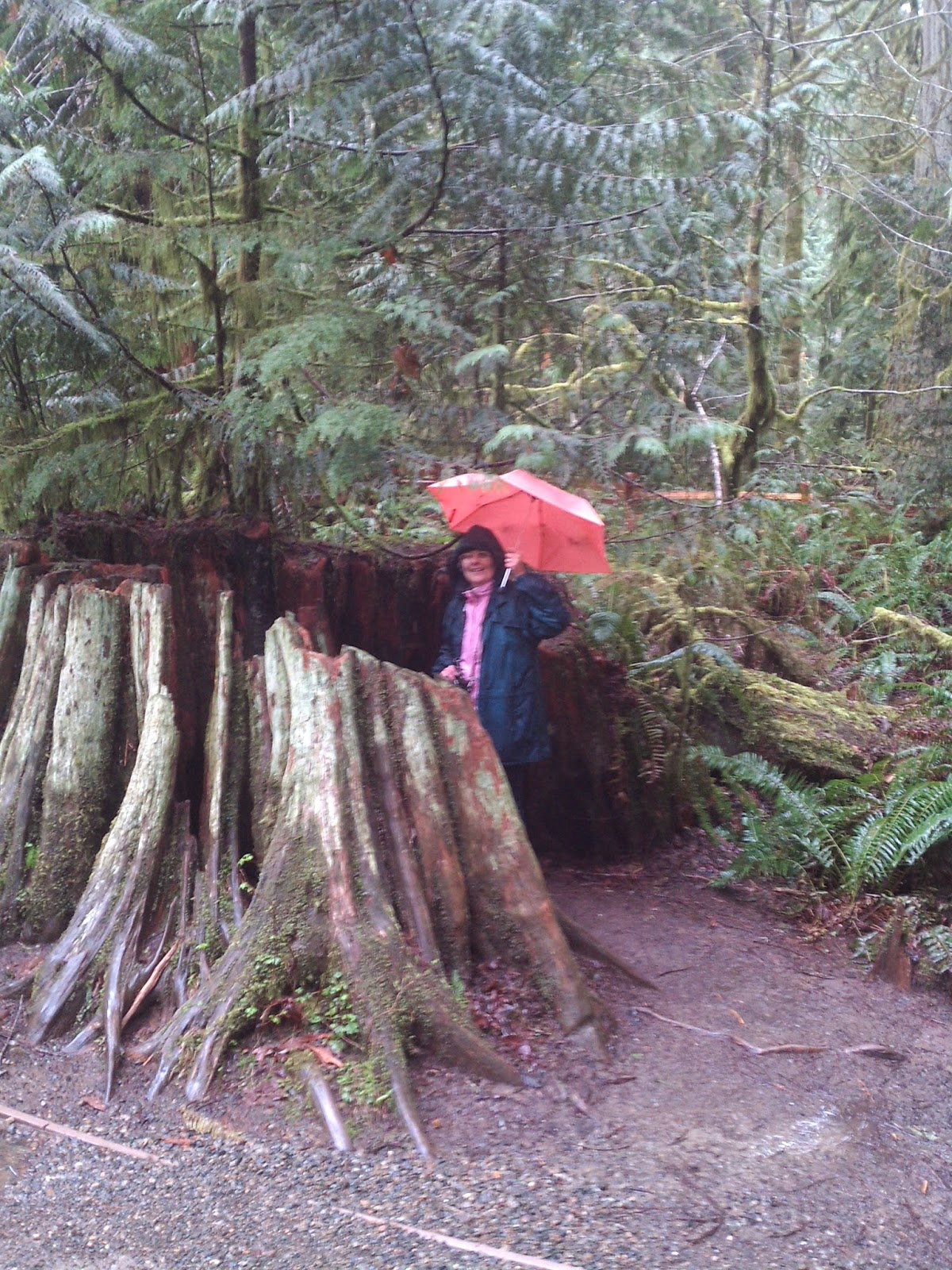 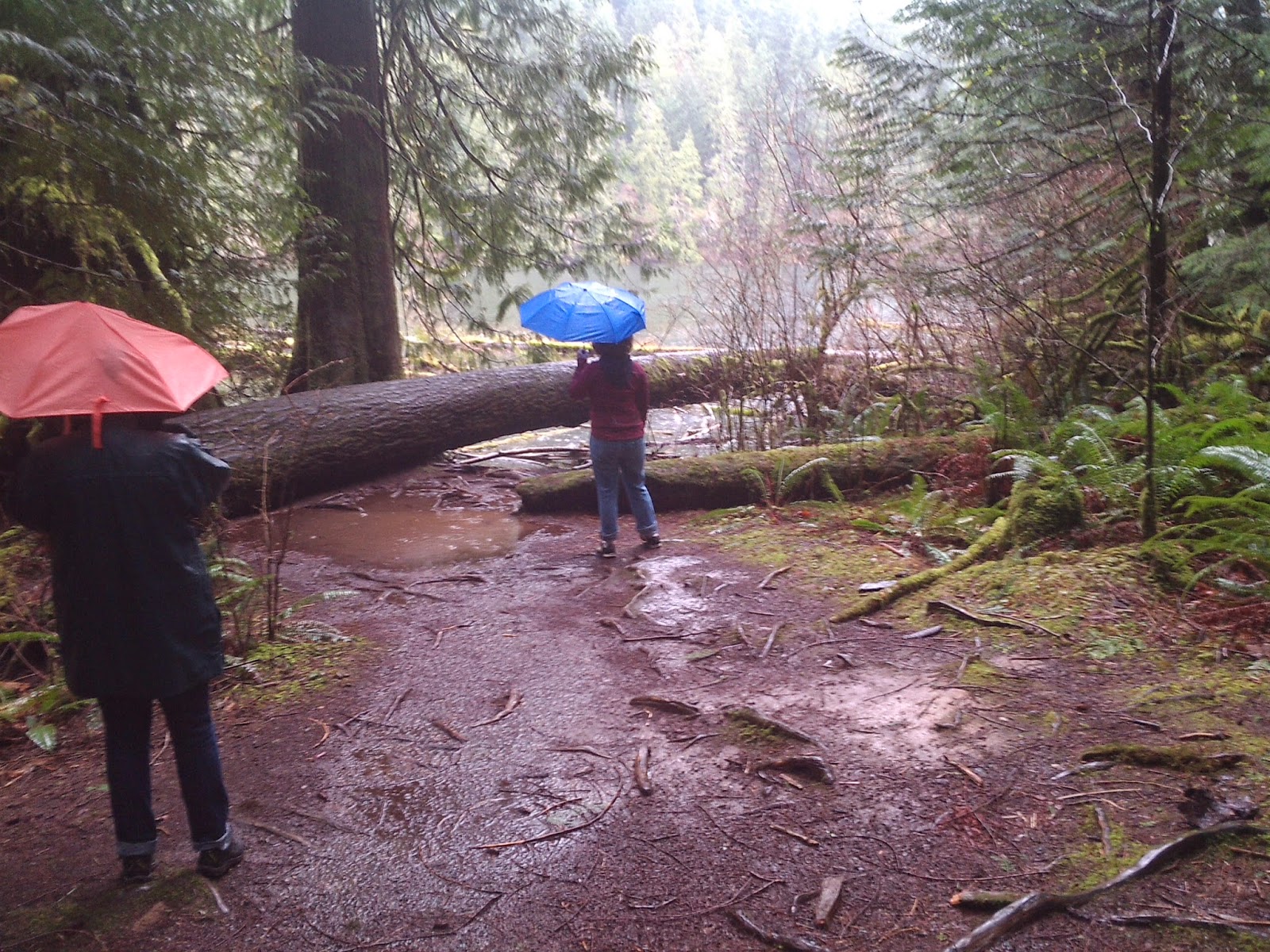 Posted by Patricia Maloney at 5:06 PM