My pilgrimage to Poland - The miracle of the rainbow

My sister Maureen loves rainbows. She always tells me to make sure whenever I see one, I am to take a picture of it.

So one beautiful evening on our pilgrimage in Poland, Maureen started saying to me, "when you see the rainbow, make sure you take pictures."

Being the ever obedient younger sister, I said "yes Maureen I will do that. If there is a rainbow, I promise to take pictures".

She repeated this a couple of times and I told her that "I always do what I am told Moe."

Anyway, that evening we had decided to walk to the top of the tower at the Cathedral. It is quite a high tower (see picture below). 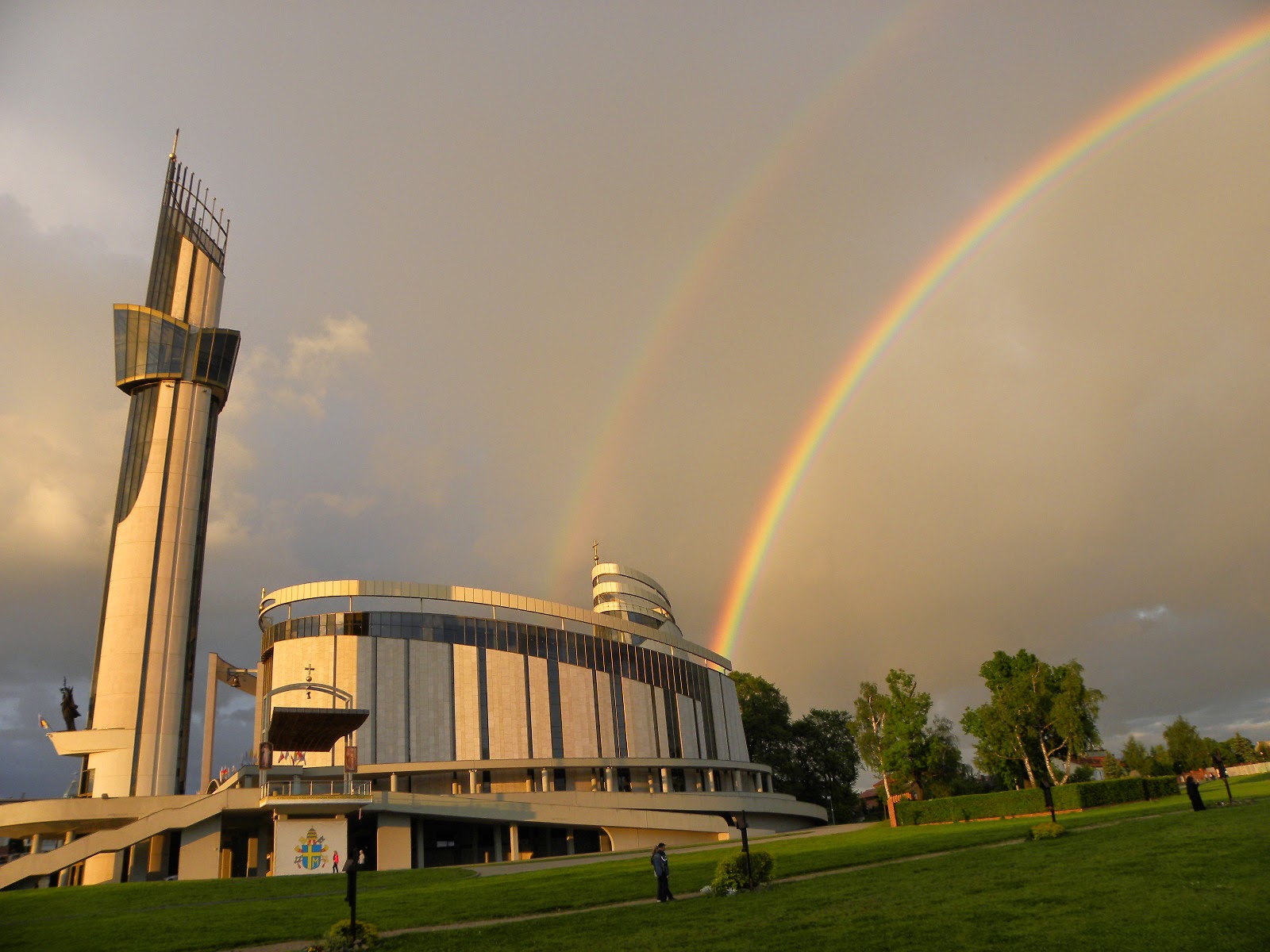 We both started walking up the tower. She went ahead of me, and I was getting kind of woozy because I'm afraid of heights. At a certain point I decided I'd had enough of this height thing and needed to turn back. I yelled up to Maureen to tell her, but she couldn't hear me.

Well I headed back down, and went outside of the tower. And what did I see? A rainbow had started to appear in the sky. And it kept growing and growing. Soon it was covering the whole sky and in fact there was a second rainbow above the first. I couldn't believe it. How did Maureen know it would appear?

Naturally I dutifully began taking pictures. At one point I saw Jen and David and they told me that Maureen was looking for me. 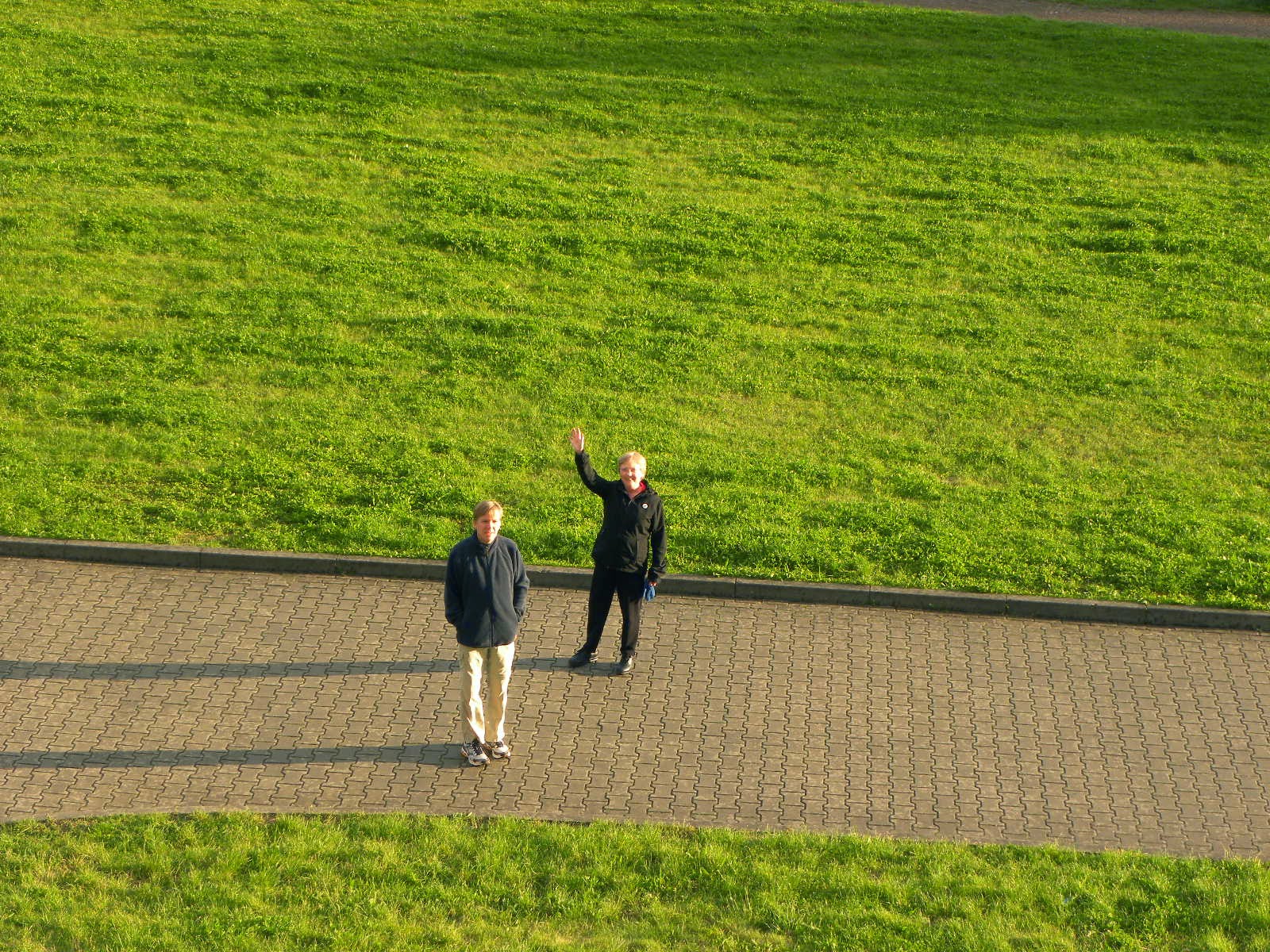 I shouted at them and said, "well I'm taking pictures like she told me to so she'll just have to find me".

Later I found out that when Maureen got to the top of the tower, she couldn’t stay because all of a sudden, she need desperately to powder her nose if you know what I mean. So she hurried down again, and ran to her hotel room.

When she returned to the field she saw the rainbow and of course she started to videotape the rainbow.

We finally met up and she said "did you take pictures?" And I said "of course I did, don't I always do what you tell me to do Moe?"

She was so excited she danced with joy and fell to her knees and kissed the ground (you will see my picture of her doing this in her rainbow video below).

And that is the Miracle of the rainbow at the Divine Mercy Centre. Where God loves us. And if we trust in him, whatever we ask of him, if it his will, he will give it to us.

The miracle of the rainbow
Posted by Patricia Maloney at 3:53 PM