Fred took my camera downtown Lahinch yesterday to capture a busy Lahinch afternoon when everyone was out and about. Which also seemed to make the Internet super slow, and frequently not working yesterday. Fred's theory is that the WIFi here uses cell service. With gobs of people in downtown Lahinch on their phones this probably caused the service problems. 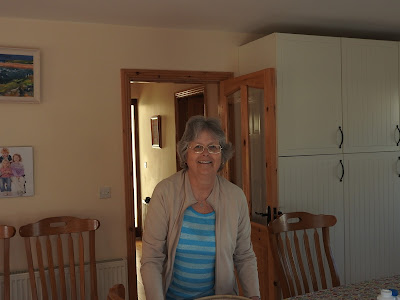 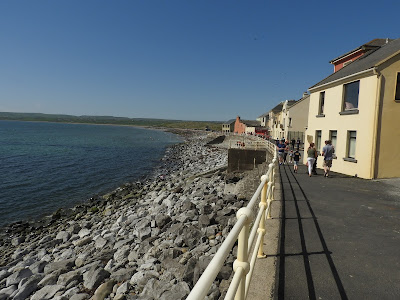 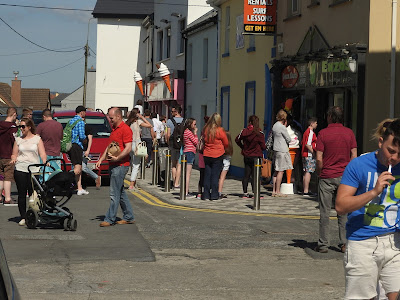 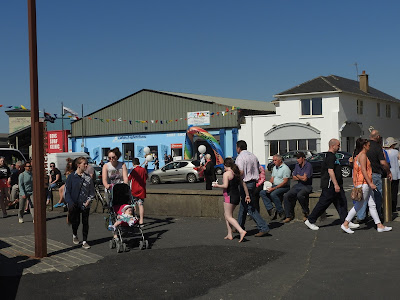 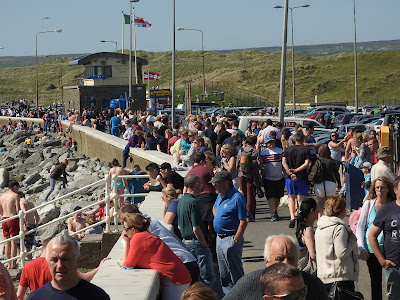 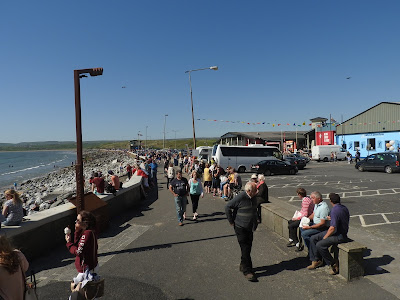 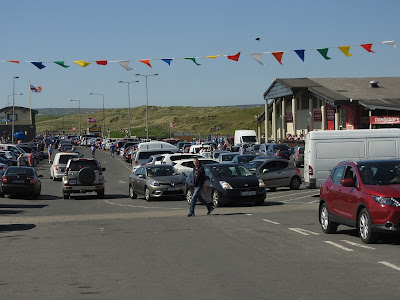 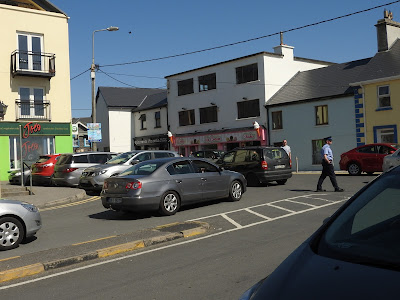 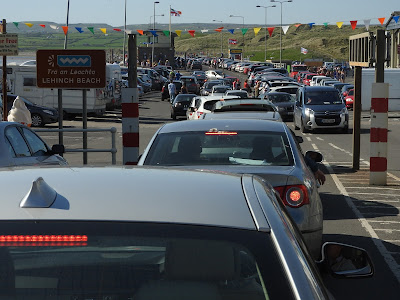 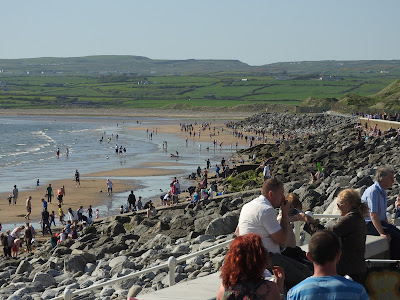 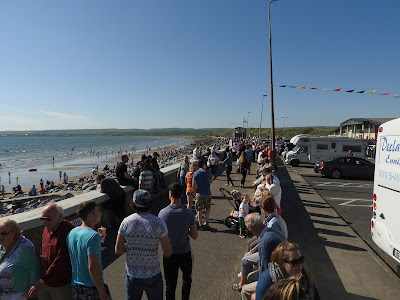 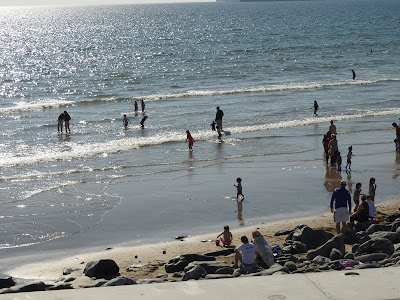 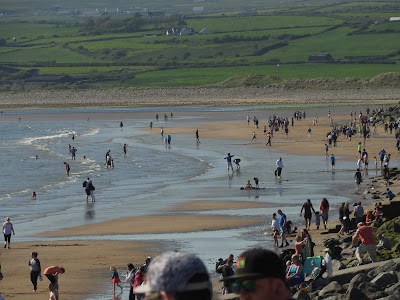 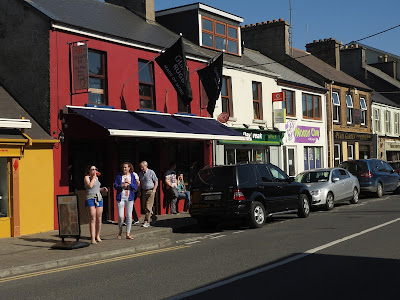 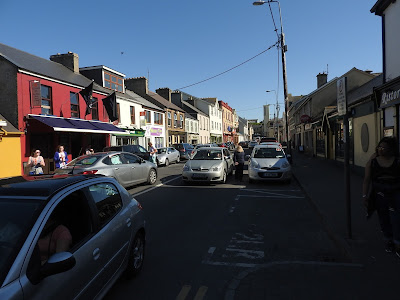 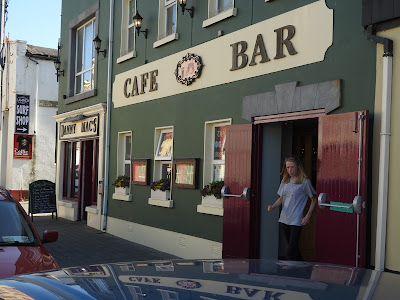 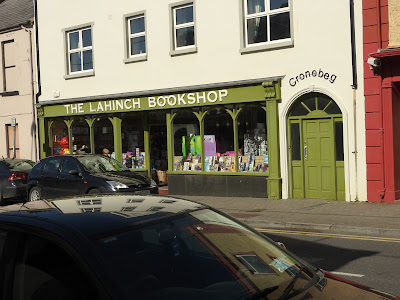 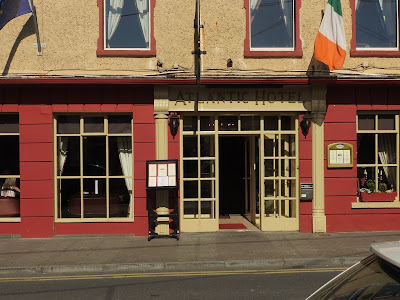 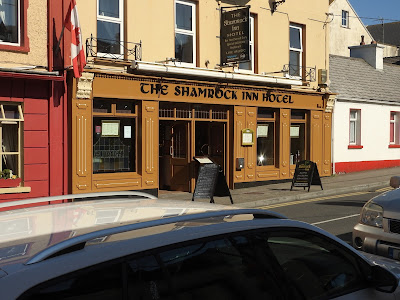 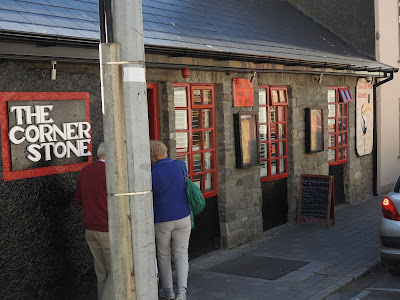 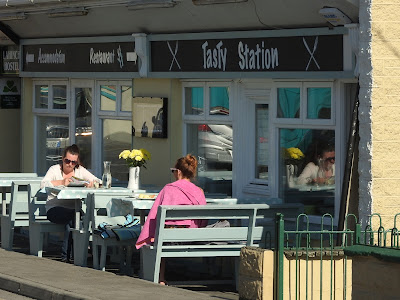 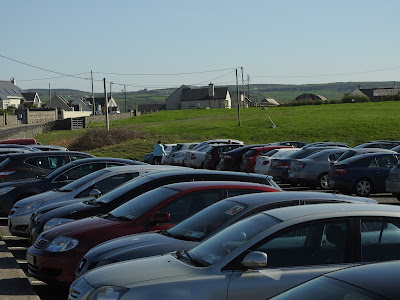 Posted by Patricia Maloney at 2:44 PM