Return to Ireland - in search of Maloneys

Went to Ennis where we mostly walked around looking for the records office, got wrong directions, finally found it. Spent time with Peter there the records person who helped us with starting our search for John Maloney (I attempted this last time we were in Ireland). Peter was very helpful.

We now believe John Maloney may have left Ireland in 1839 which was before the potato famine. Our search will probably now go back to Canada where we will see if we can find where he and his brothers entered Canada.

We also learned that Catholics had to pay tithes to the Church of Ireland (protestant) even though they were Catholics. That's fair right?

Seems that the spelling of Maloney was most likely Molony at the time and probably lived in the parish of Drumcliff, where we found some James Molonys, John Molonys, and Michael Molonys. We think that John Maloney's father was probably Michael Maloney. 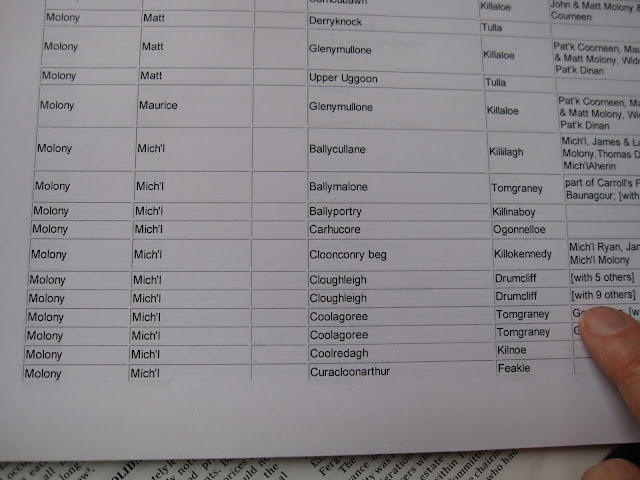 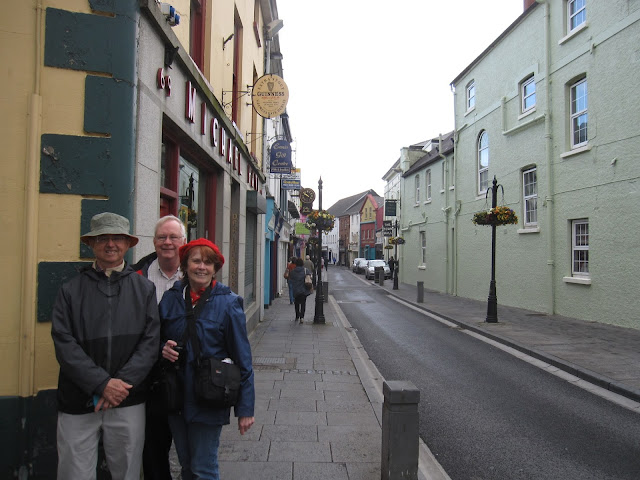 Posted by Patricia Maloney at 3:31 AM