Our trip to Ireland (Ennistymon)

(Updated June 19)
One morning we were having coffee in Danny Mac's pub and I noticed an abandoned Tim Horton's take-away cup on the counter (notice my use of the correct Irish word for take-out). Yikes I thought, Tim Horton's in Ireland? We asked the waiter who it belonged to, and he pointed out the customer to us. The man said he got it in Ennistymon which is about 4.5 km from Lahinch.

When I got home and googled it, I couldn't find any Tim Horton's anywhere in Europe never mind in Irland. Oh well, we were going to Ennistymon anyway so we would check it out when we goth there.

We walked to the town on May 13. We had our rain coats on of course, and about half way there it began to pour. Then there were ice pellets. It was about 10 degrees and naturally, it was very windy. I was glad I was wearing my long johns. Until it began to sleet. Because now, not only were my legs drenched but my long johns were as well. Long johns adhering to legs. Gross.

We got there in one piece, soggy but otherwise okay. Pretty soon the sun came out again and we were carrying our raincoats.

We stopped at a pub for a coffee and as soon as I walked in I said uh oh. They were smoking inside, the first time we had seen smoking in any establishment. We asked for coffee and thankfully we were told that we might want to instead go across the street which we gladly did. There was a nice little cafe where we had coffee and scones and jam. Two ladies at the next table started talking to us, Ann and Nora. Ann asked us if we were from Lahinch. She had seen us walking past her house mornings on Station Road. We told her about our one month stay in Lahinch and had a nice chat with them, and then they left.

We finished up and I wondered if my clammy legs would ever dry.

We went back outside and walked around for a bit, and lo and behold we saw another Tim Horton's cup walk across the street. With a person attached to it. I asked the holder of said cup, where he had got the coffee and he said at the "Spar", a small grocery store. Naturally we went in to it, and there it was: a small Timmy's counter with a coffee machine and even donuts in a display case. Fred was pretty excited. He got one to go and we left.

We headed out of town for our trek back to Lahinch. The skies looked kind of ominous and we thought we are going to get dumped on again. I had noticed the church when we came into town. (Our Lady and Saint Michael, Ennistymon, I had to google it's name. The Irish don't seem to put the names on many of their churches. Not sure why.) I knew the church would be opened, as all the Irish Churches we had seen were open, which was wonderful. This way I got to go into them in every town we visited.

Sure enough we went in, sat down, and the deluge began. We waited a bit in silence and I took some pictures. When we left, the rain had passed and we were able to get home in the sunshine. It was up hill and windy so the going was a bit intense but by the time we were home we were as dry as a stone (as in stone fences).

More pictures along the way including the four at the bottom below that depict the Ennistymon work houses during the famine. County Clare was hit hard during the famine. Ireland lost one third of its population to starvation, one third emmigrated and one third stayed. I believe my great-great-grandfather John Maloney, came over from Ireland during the famine along with his two brothers in the 1840's. 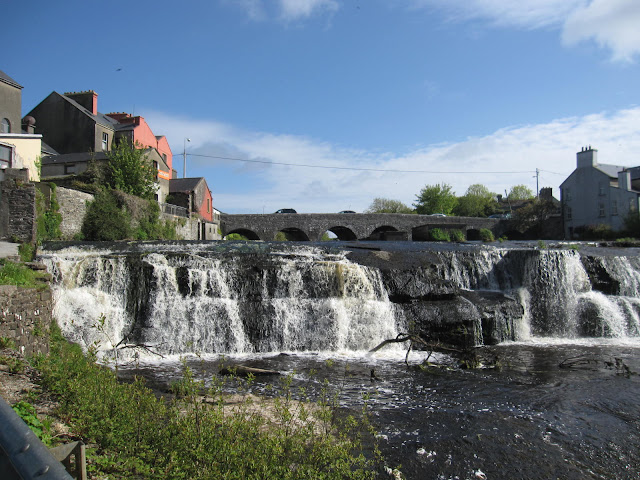 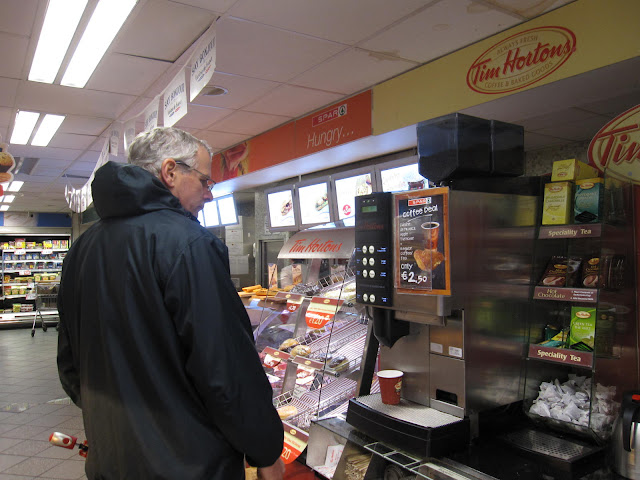 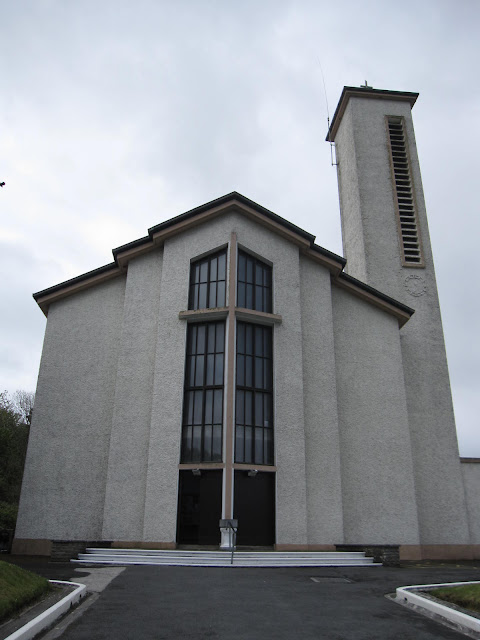 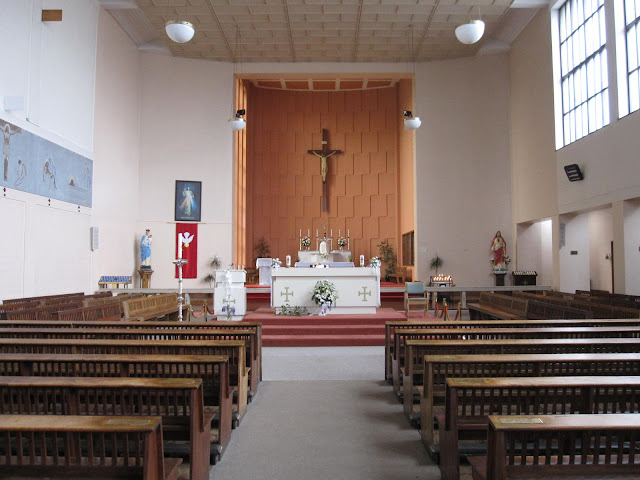 The plaques on the road to Ennistymon discussing the famine 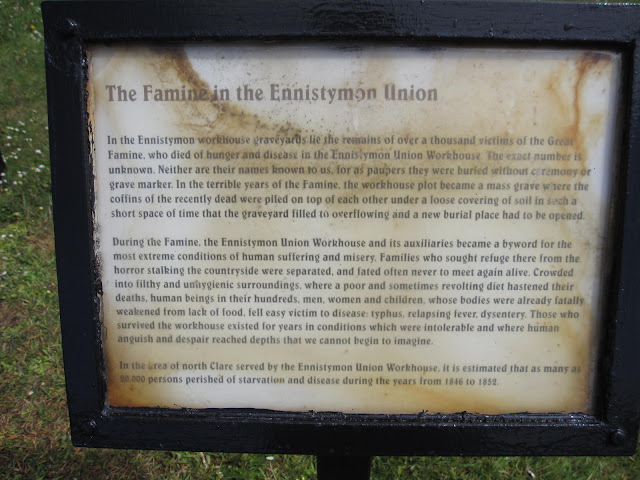 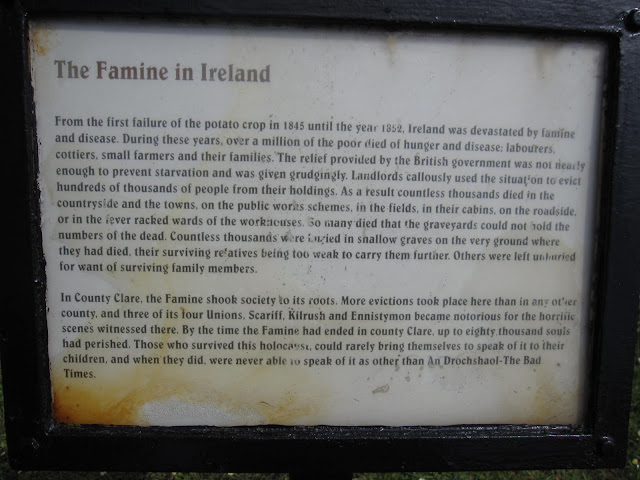 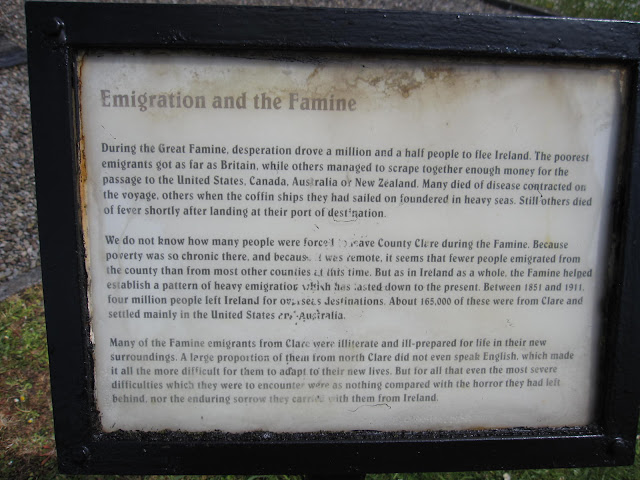 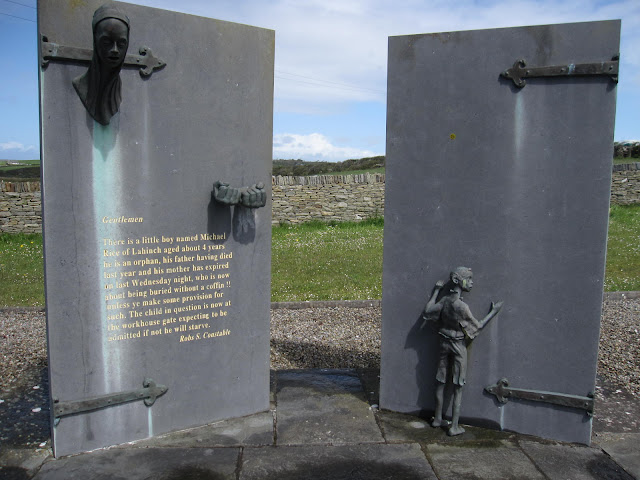