This is the view from our breakfast table. A tugboat pushing a barge down the Rhine river. 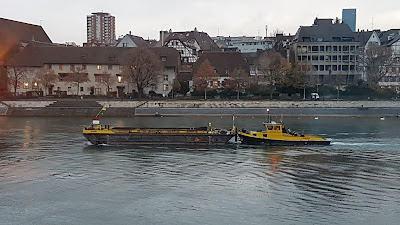 This church below is the Elisabethenkirche Basel. Wikipedia says it was built in 1857 but from the plaque below I see the year 1516, which was the beginning of the Reformation (1517-1648). Maybe it was built that year, I don't know. Looks like in 1824 to 1893 it was Reform Evangelical?

If anyone can translate that plaque let me know. There isn't much on the Internet in English on this church. I didn't go inside it. I will see tomorrow if I can. 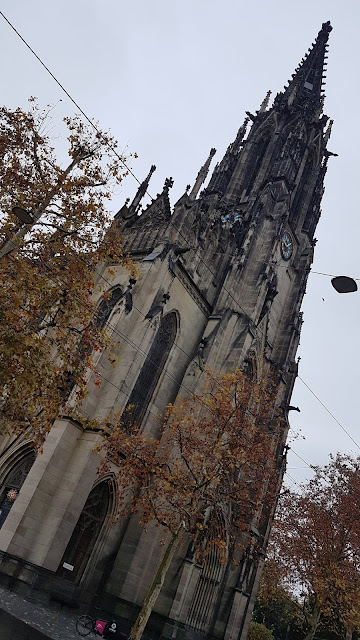 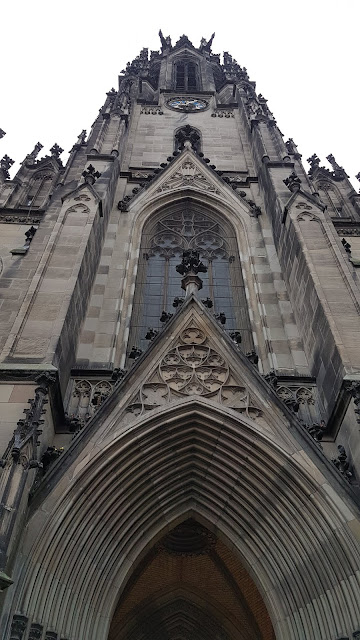 UPDATE: Translation for this plaque:

in place of a chapel built in 1516. Most important neo-Gothic church of Switzerland with completely preserved interior decoration.

Lots of trams in Basel. They are everywhere. 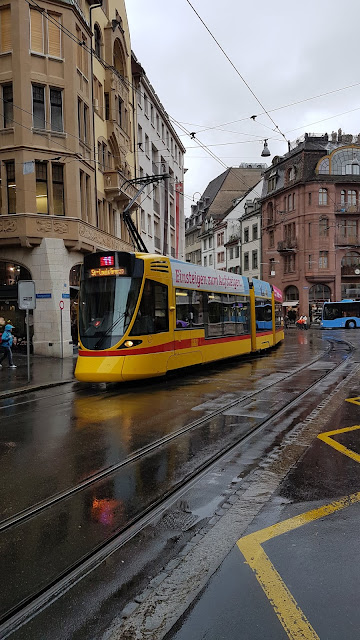 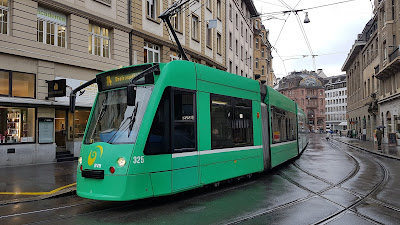 Today I found another Catholic Church, St. Clara's. It is about 500 metres from our hotel. Adoration was happening when I visited and it was wonderful to be able to be there at that time to pray for everyone.

At the end of Adoration, one of the congregants put the Holy Eucharist back in the Tablernacle. I had never witnessed this before, it is always the priest that does this in Canada.

After the lady did this, we sang the Tantum Ergo (a beautiful rendition here), and there were more prayers and I'm not sure which language they were. She probably said them in Swiss or German. I think it was the Angelus since it was 12 noon. Here is the Angelus in Latin sung beautifully by the Daughters of Mary.

More interesting art. I didn't see any stations of the Cross in this church, just like there weren't any in the church we went to on Sunday. 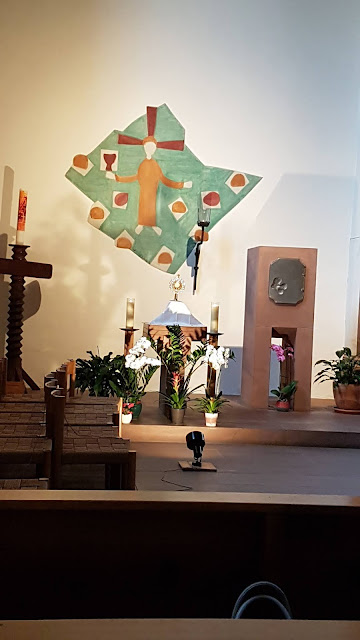 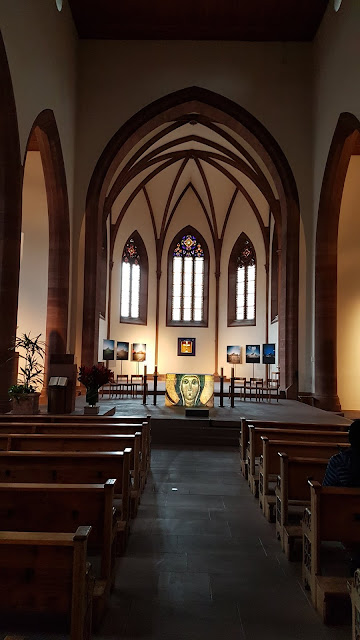 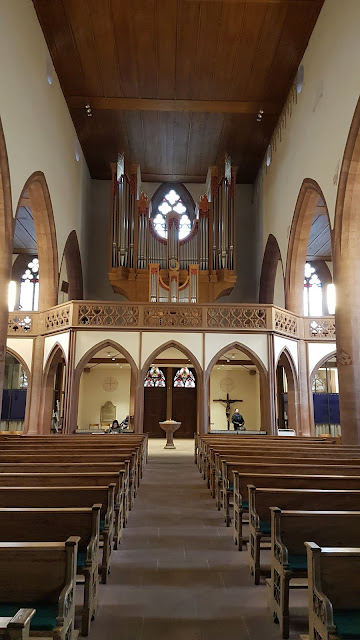 From the information on this plaque looks like this church has lost most of its probable splendour from when it was built as there have been at least two renovations done since. 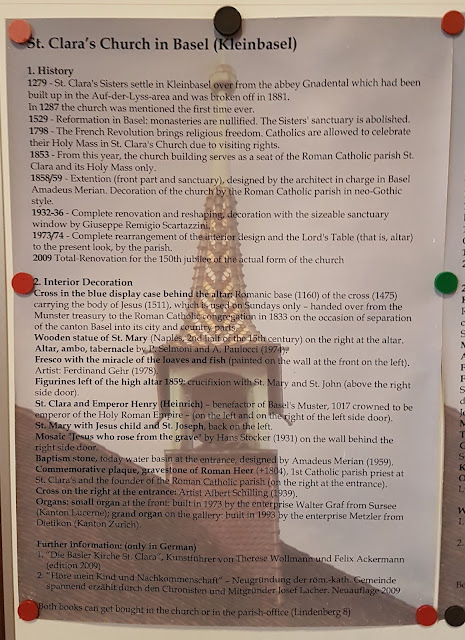 Here is an interesting story of the Church and the nuns there. Not sure if I should believe it or not. Perhaps some truth and some fiction?

At least it had a crucifix, actually it had two of them. And a few statues. I didn't take a picture of the outside of the church as there were some pop up markets in front of it, so hard to get a decent picture. 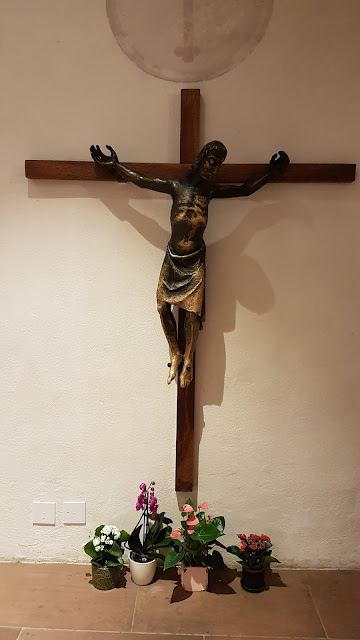 These pictures were taken of the Rhine River as I crossed it on the bridge between our hotel and where the church was. 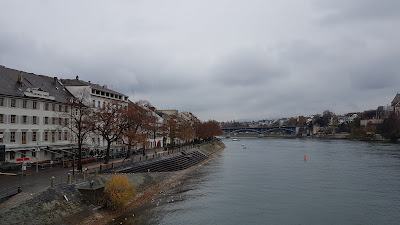 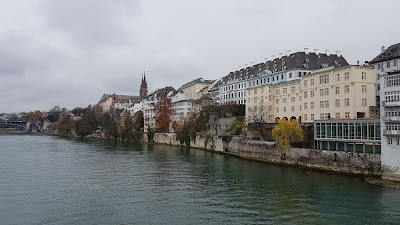 And as a bonus feature, and to check if you read to the bottom of this blog entry, I had a very interesting dream last night that I will share with you. I dreamt that Pope Francis died, and the Church appointed me as Pope. I am not kidding. In the dream I thought that this was strange indeed. Since I am neither a man, nor a priest, nor any kind of clergy at all. So there you have it. Dreams from Basel. Make of it what you will.
Posted by Patricia Maloney at 11:04 AM