Johanna and I are in Basel Switzerland for four days. We leave for London Thursday. We arrived here yesterday pretty tired from our overnight flight from Toronto to Zurich. We took a train to Basel and walked to our hotel from the train station.

Johanna is here for work and I am on my own during the day. Lucky me.

Not a lot of sleep on the plane for either of us but I was able to sleep better than Jo. I even managed to fall asleep on the train, head bobbing as a sleeping head does. We both napped in the hotel.

After eating at Migro's (grocery/take out place) we took the tram to 5:30 Mass at one of the few English Catholic Churches in Basel, Bruder Klaus Kirche, Bruderholzallee.

Very stark church. You can see the cross below. Not sure exactly what it depicts. 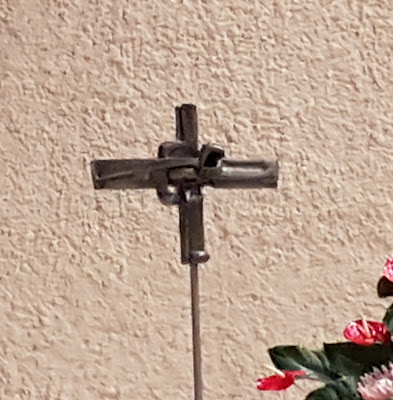 I also searched for the Tabernacle in the Sacristy but couldn't find it. I finally spotted it on the alter at the very right of the altar, during the Consecration. Johanna thought it looked like a recycle container. The Holy Eucharist was kept in a red vessel that reminded me of a casserole dish (I didn't take a picture of it). You can barely see it on the right hand side of the altar. 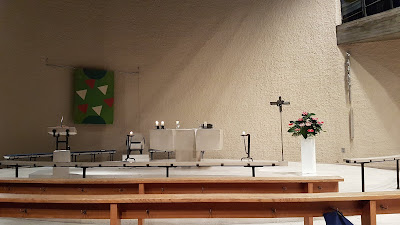 Then we took the tram back, and we walked around and discovered the Christmas Market. Very pretty. 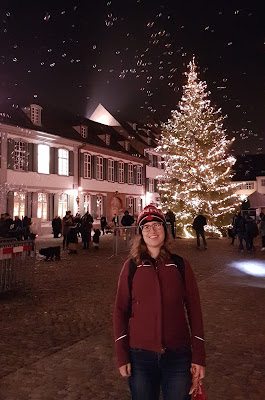 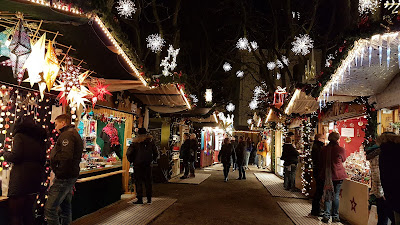 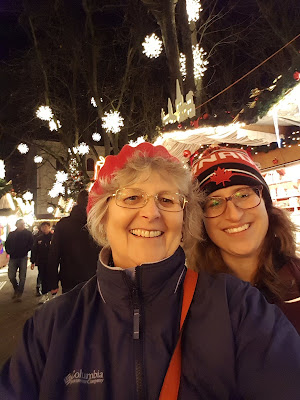 We are staying at the Grand Hotel Les Trois Rois. They have figurines of the three wise men on the stair landing. That surprised me--something religious in the hotel. Then Jo remarked that it was the name of the hotel. Duh.

A hint of Christmas. 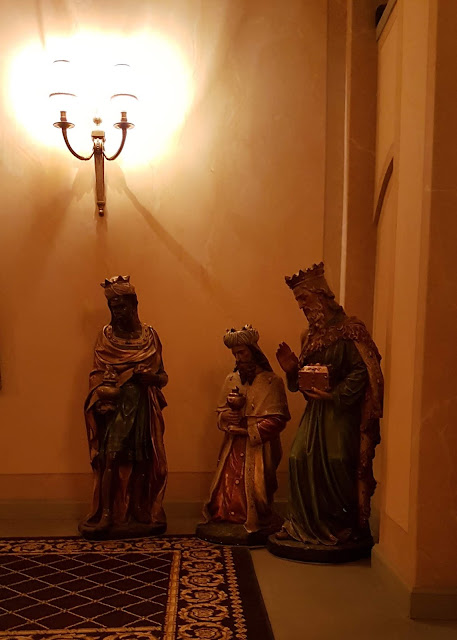 This is quite the fancy hotel. Breakfast was included. Oh my goodness. We ate like three kings. Fresh fruit, poached eggs, sausage, croissants, cappuccino, homemade jam and some to die for cheese. We were offered a glass of champagne after breakfast. We declined.

I walked Johanna to work and returned to the hotel. Some prayer time in the library. Then back out for another long walk through the market again. Wasn't as busy as last night. Beautiful stuff but expensive. I did buy some marzipan/nougat for 8 Swiss Francs.

I discovered Google maps as a walking tool. How did I ever live without it? For people who are directionally challenged, in places that don't post street names, what an amazing thing this is. I need never get lost again.

"The Leonhardskirche is part of Basel's best remaining Medieval history. Its crypt dates back to the 11th century, but the cloistered church was built in the 14th & 15th centuries, so it is Late Gothic. Full of soaring, perfectly crafted arches, windows, nooks and crannies, this is one magnificent old church to explore." 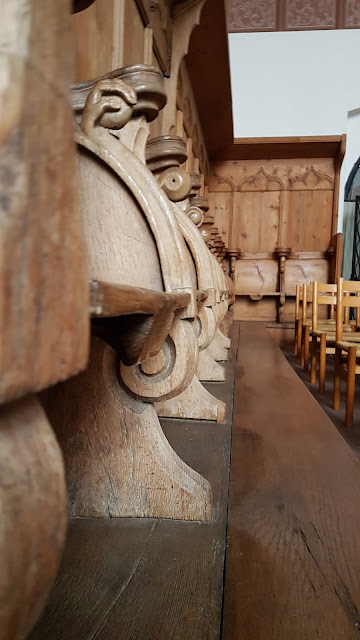 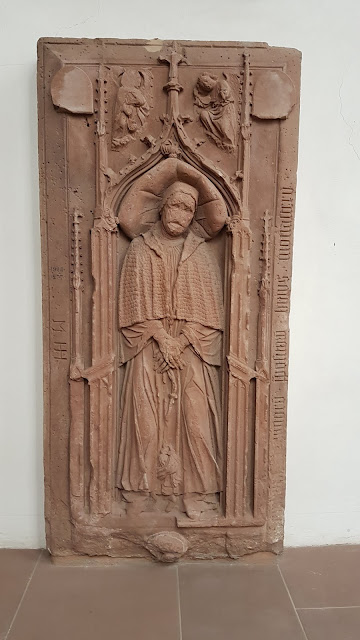 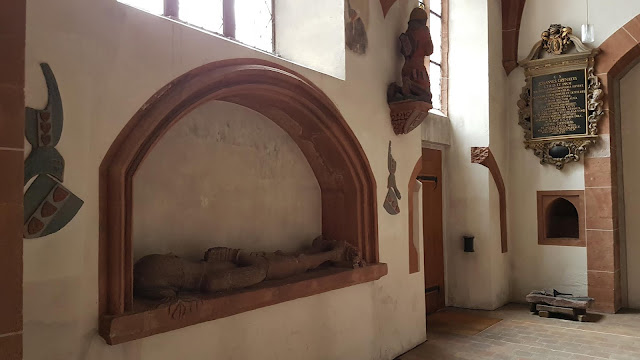 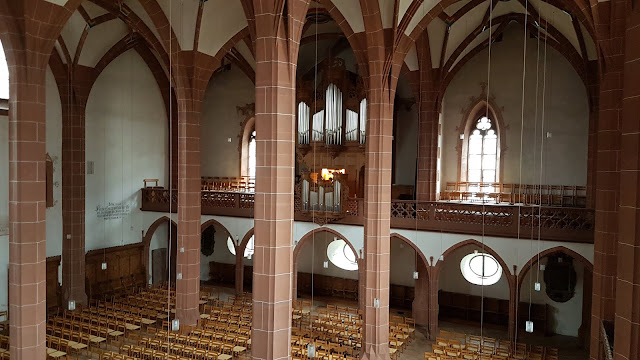 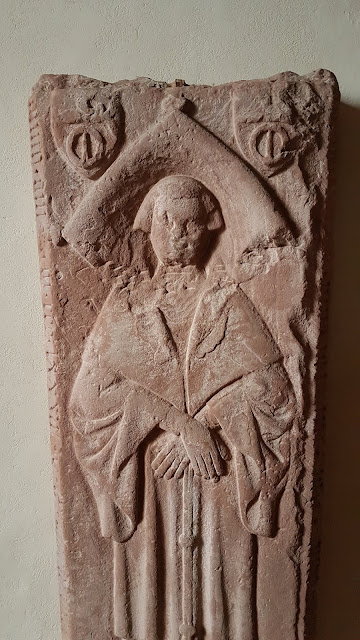 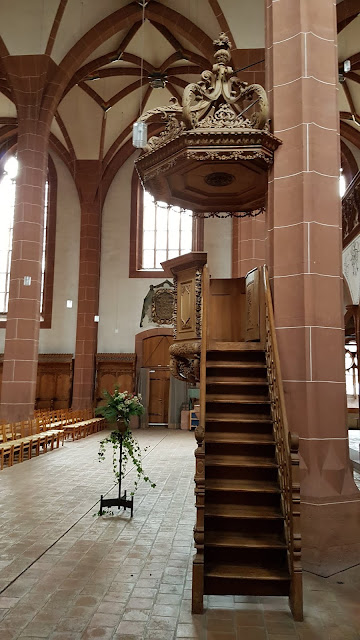 I intended to write this blog entry in the library. But it was being set up for a function of some kind. So instead I went to the lounge. I was going to ask for a cut of tea. Until I found out it would be 14 Swiss Francs. That's about $20 Canadian. I decided against the tea.
Posted by Patricia Maloney at 11:52 AM