Our world and the need for prayer

Maureen and I went on a silent retreat this past weekend at Centre de l'Amour in Plantagent, Ontario. It was a grace filled weekend that we both felt was a gift from God.

We had time to pray, and receive spiritual direction from our priests, Fr. Hasina and Fr. Boniface, as well as attend Mass both days. The video shows pictures from the retreat, and the first song on it is Take Lord and Receive that we sang at Mass, Maureen's favorite song.

The means of our prayer was using Ignatian spirituality of contemplative prayer, where we place ourselves in the scene, and become a part of the scene during prayer.

We both came home with a real sense of the importance of prayer. Our world is suffering immensely from sin and its effect. And it is prayer that will ultimately heal the world.

It would be awesome if all our Catholic parishes in Canada would hold special prayer days, or prayer hours, in front of the true presence of Jesus in the Blessed Sacrament. For those of other faiths like Evangelical Christians, Muslims, Jews etc., they would pray in their own traditions, but would come together as a group to pray.

Just a few of the things we could prayer for, there would be many more: persecuted peoples and their persecutors; respect and dignity for all human life and an end to abortion and euthanasia; that our politicians put forward laws and policies that promote freedom of religion and conscience rights for doctors and health care workers.


“Only prayer can drive this kind of evil spirit out. Nothing else can.”

The story of the woman with the hemorrhage Mark 5: 25-34: She was healed because of her faith. Jesus said to her:


“Your Faith has made you well.”

We need to pray to combat all this evil in the world, evil that pleases Satan. We need to have faith that our prayers will work as an antidote for this evil.

Outside of the mass, what better way is there to pray than before the Blessed Sacrament? 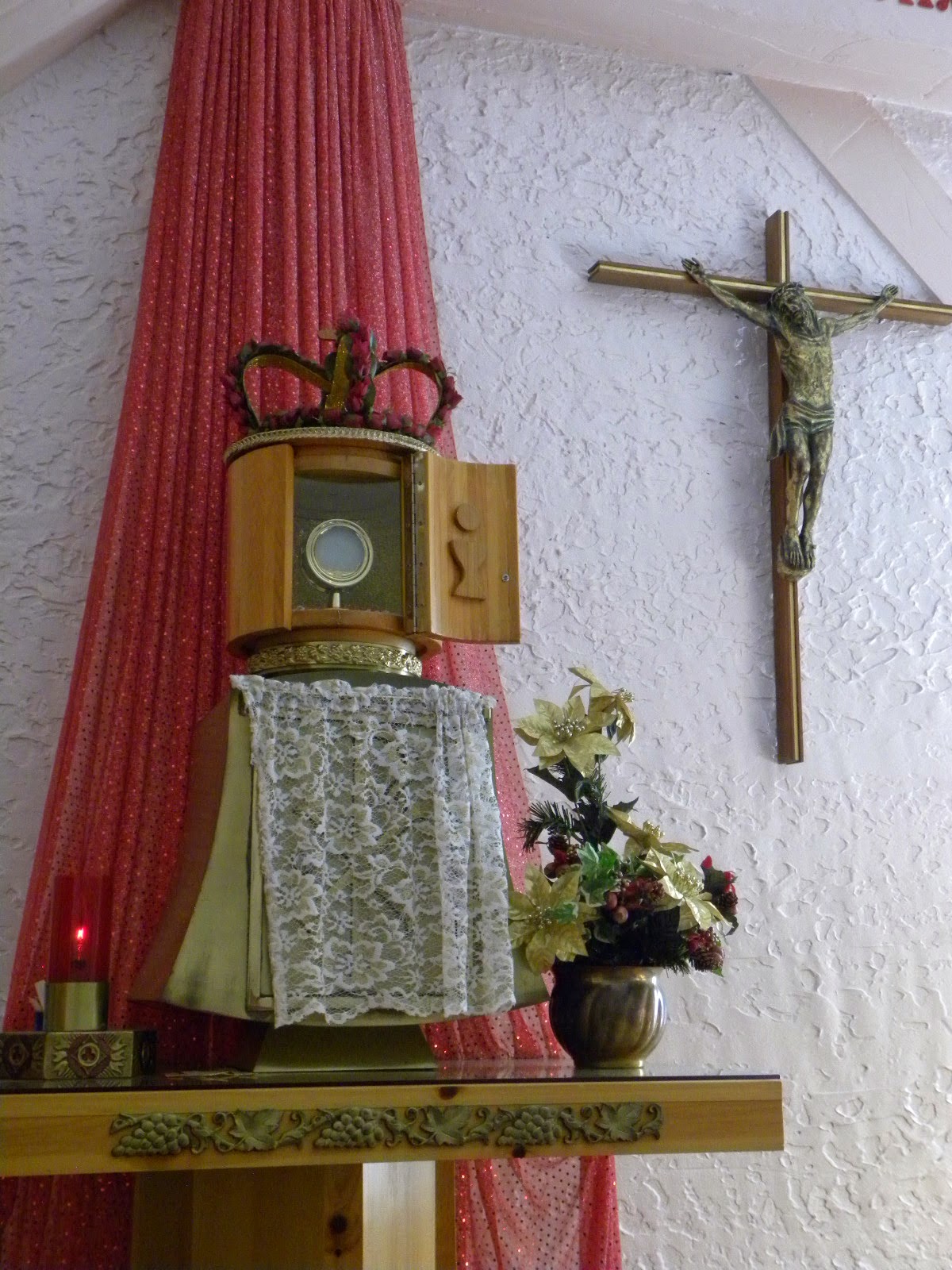 Posted by Patricia Maloney at 8:18 AM